3 Parks On The St. Croix River

Though we live along the Mississippi River now, I have a long history with the St. Croix River.  The St. Croix joins the Miss just east of the Twin Cities, both rivers together form most of the border between Minnesota and Wisconsin.  Today I visited 3 of the Minnesota State Parks that are on the St. Croix. 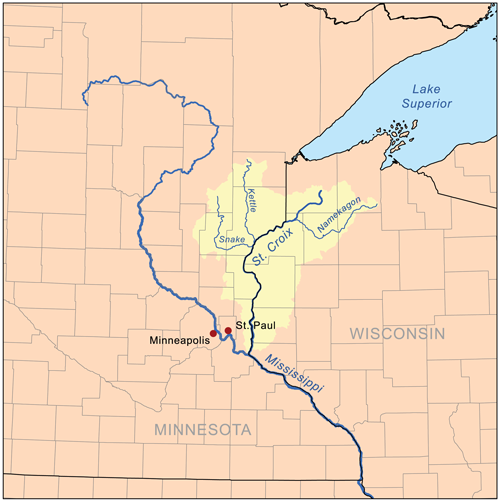 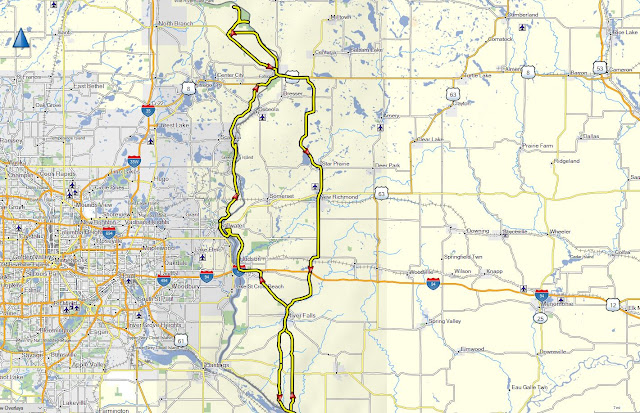 Boom Site, just north of Stillwater, my first stop.  Spent a lot of time here with friends as a 20-something.  Swimming, exploring, etc. 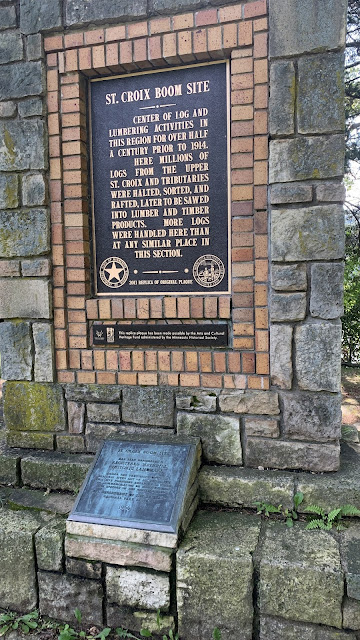 The park has changed a lot over 60 years and yes, I do remember it in 1960.  Our family camped here a lot, close to our suburban home on a Friday afternoon. 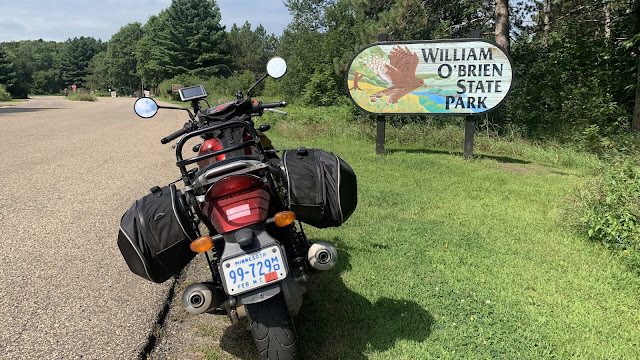 When I was a youngster, there was a bridge here that led to a trail that looped the island, seen here across this narrow channel.  We walked that loop trail many times.  There was some sand, a very small 'beach', lots of current and drop-offs but we swam here, many did.  Lake Alice, the current backwater lake/swimming beach was marshland the way I remember it and now is a much, much safer place to swim.  That bridge was here for a number of years, not sure how many but it flooded out often.  What and how things are presented at the State Parks has changed over time. 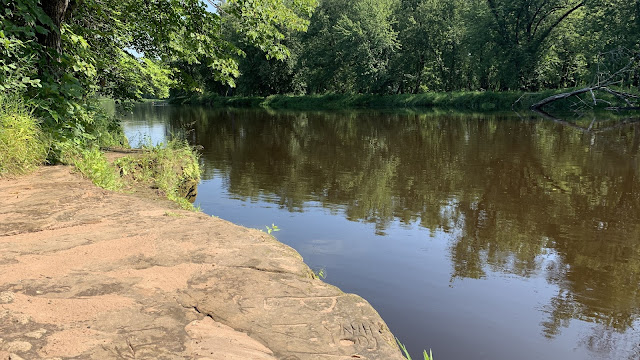 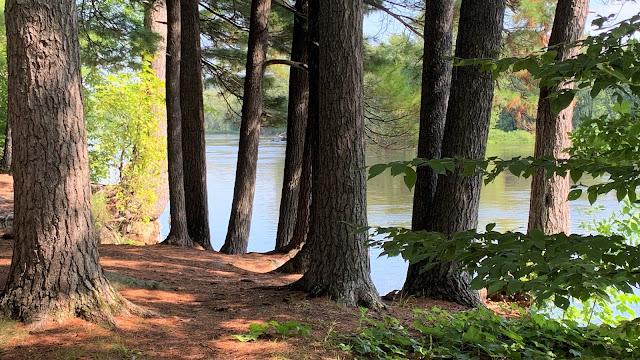 Remember the rock just outside the campground mom??  I'm sure that it was twice this tall back in the 60's.  We left a lot of sticky handprints I'm sure.  The sign told me today that it weighs 20 tons, must have been a good 40 or so back then. 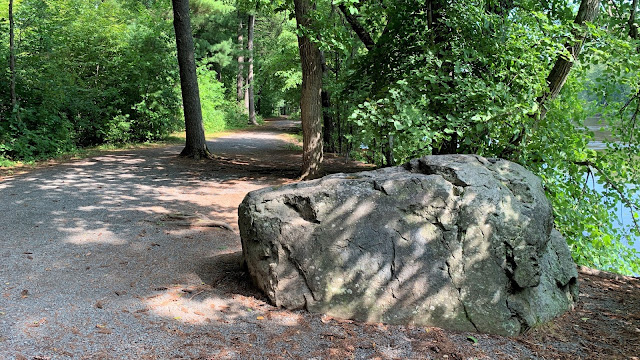 Looking out past the northerly tip of the island out to the main channel and Wisconsin beyond. 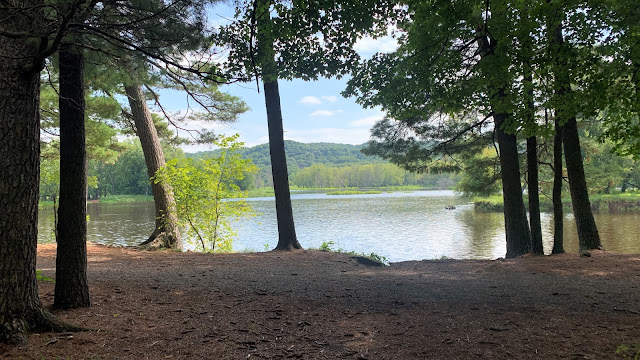 I used to park my car here and walk the old Soo Line Railroad tracks north up to the swing bridge that spanned the river just south of Osceola.  When this rail line was put in, paddleboats were still plying the river as far as Osceola, or attempting to, necessitating a swinging bridge.  A swinging bridge meant an attendant on site.  This is the same line that ran east from here to Barron and beyond finally reaching all the way to Montreal.  On the Minnesota side of the river there was a water tank, the footings were still there when I walked it (many black/white photos here somewhere).  Gramp knew this line and heard from the engineers that they filled their boilers from that tank when possible because the soft(er) water burned so much better in the steamers, "....better steam...". 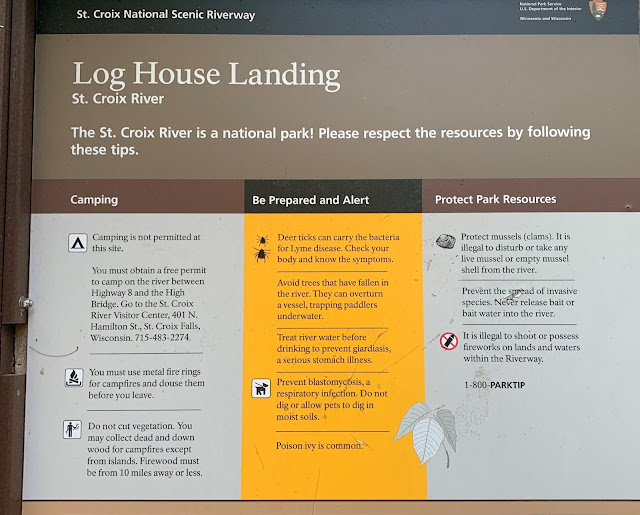 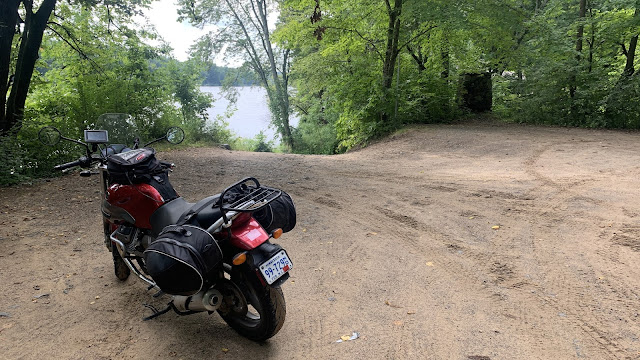 Insterstate State Park, the Minnesota version.  Wisconsin has its own Interstate State Park, right across the river.  Here another CCC building of which there are many like in the MN Park system.  I started off with the picnic area and some lunch and then moved up to the potholes and rocks. 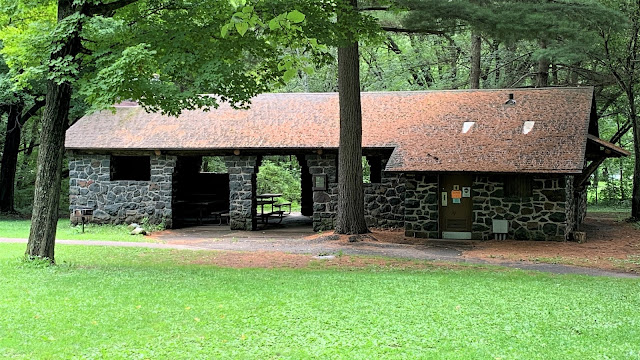 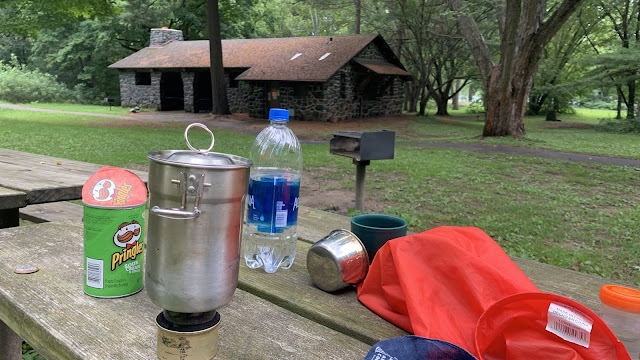 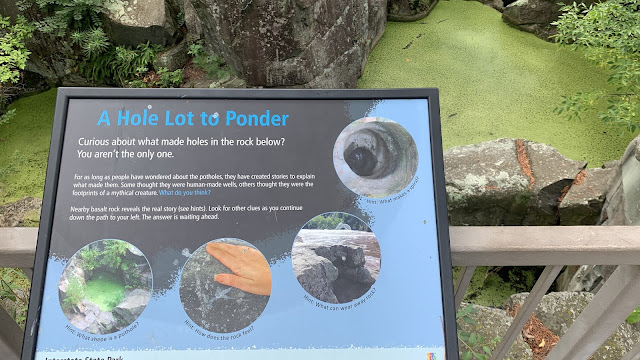 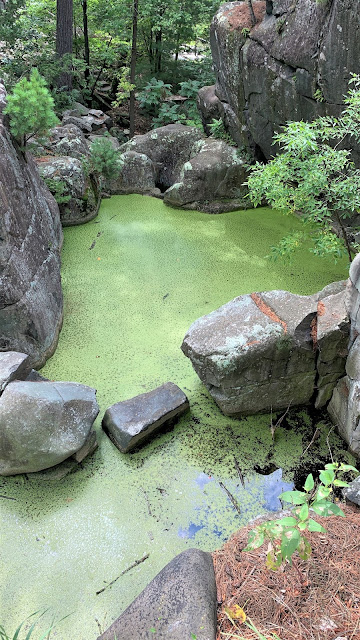 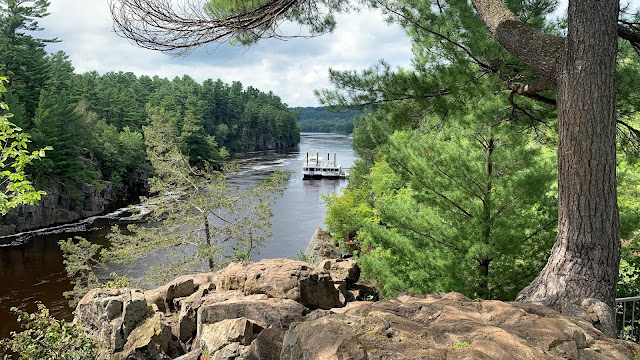 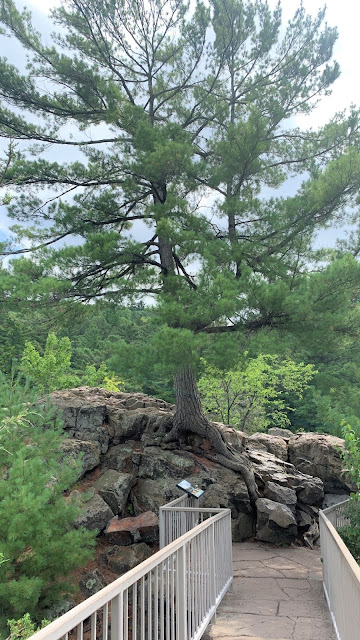 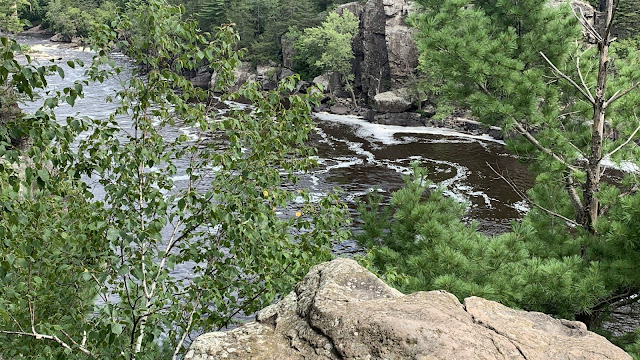 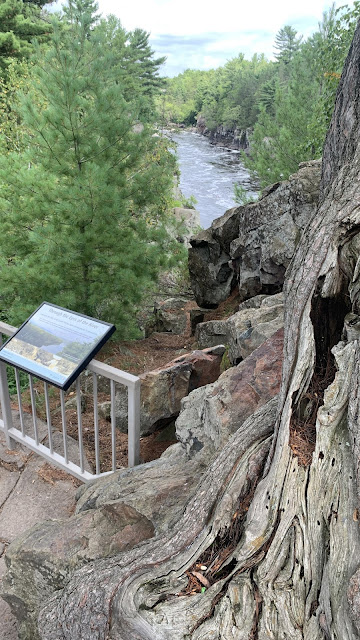 Meanwhile on the Wisconsin side of the park..... 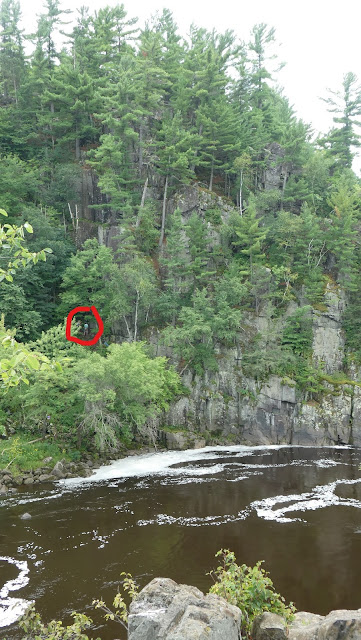 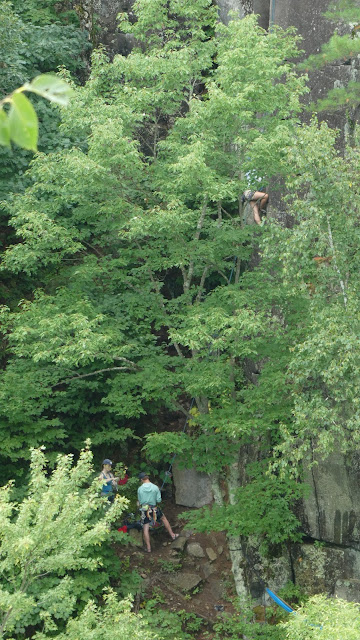 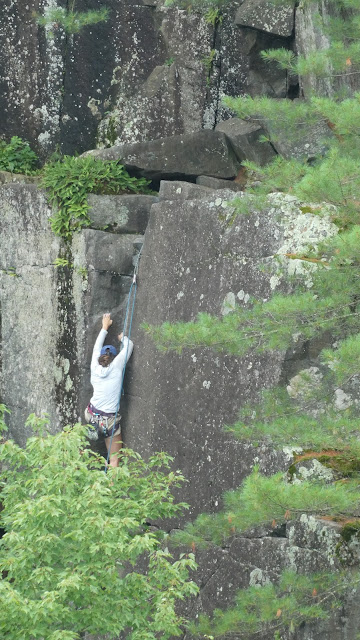 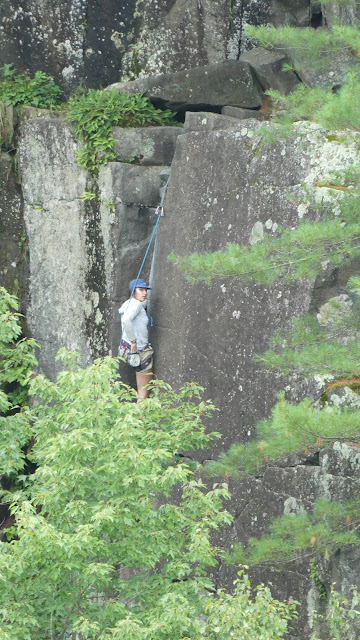 Only one canoe visible.... 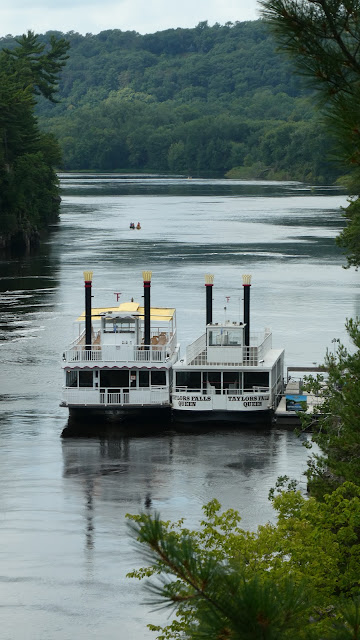 A snack in Taylors Falls and then north up to Wild River State Park. 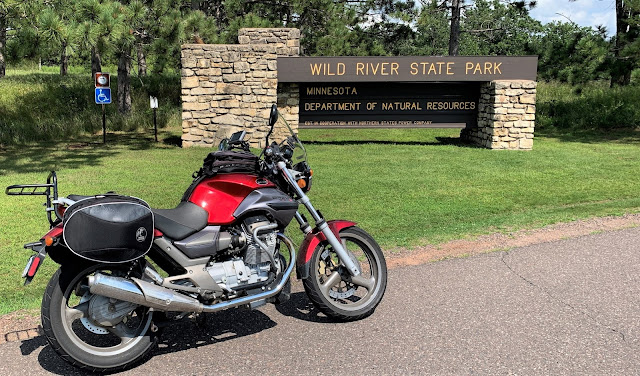 The trail from the parking lot out to the river.... 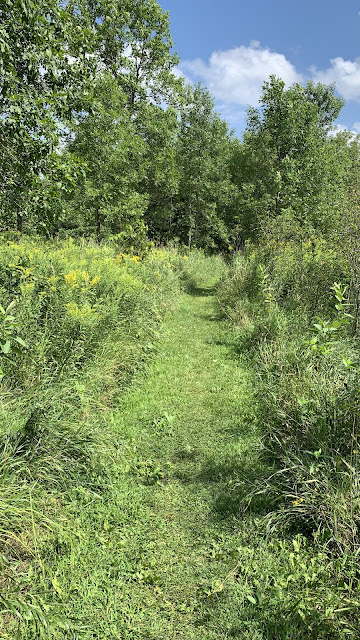 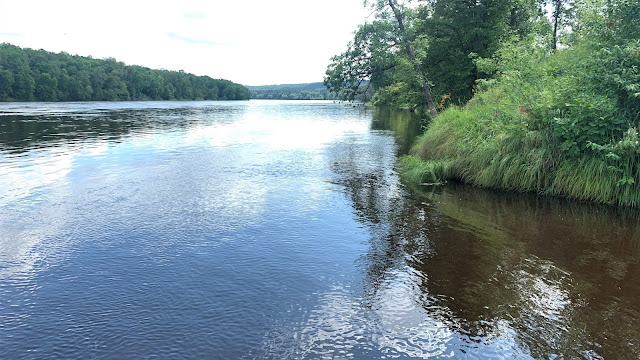 So many memories, reminders of truly how much time I once spent in this area.  Friends, girl friends, motorcycle trips and friends......For as anchored as I feel down along the Mississippi in the southern part of the state, I have a bundle of history up along the National Wild and Scenic River.  Seeing it all again today triggered so, so many memories.  Had they been questions on a multiple choice test, I'd have remembered but an essay test??   I wonder....

Campion's in Marine-On-St. Croix, flying with engineer George in the plane I rented to take photos, canoe trips with Steve and crew, canoe trips with others, canoe trips with my wife, picnics with Peg and the kids, motorcycling with Central Roadracing partner Bruce....we made numerous late, late night trips out to the Sunrise area, his teacher friends, Gene, Monica...; he had a friend there with a cabin.  The entire area that now makes up Wild River State Park was once land owned/managed by Northern States Power and that's because there were power dams, or the potential for more power dams on the river.  Some sort of alliance between the power company and the state gave us the State Park.

It was much the same over in Wisconsin for Willow River State Park.  That area once had 3 dams producing power on Willow River.  When we were Boy Scouts, we camped right where the current State Park campground is now and had to get permission from NSP to do so, long before any of it was developed.

Well that's it for today's trip, another Grand Day Out.  It's late and I've only got a vague idea about what may happen tomorrow.  I doubt that it will start before dawn however.