I currently have no supervision.....I'm "Bach'ing it" as my uncle used to say.

Peg and Lauren are in Paris for a week and any transgressions (a relatively small number) that did manage to get past me have only been of the minor variety.  Not a single stealthy motorcycle purchase or "bring home" has occurred but it sure would have been easy.

Since half of you already know, it's probably high time to let the remainder know that I'm waiting anxiously for my new Royal Enfield Himalaya.  It will look like this and due in April ..... 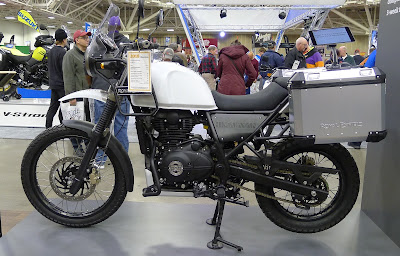 I won't be going with the hard bags on mine.  Some small side pouches for the frames straddling the gas tank and a rack for supporting my current soft saddle bags have been ordered from Bangalore and should be here this week.  The first white Himmi in the state, I can't wait.  A few weeks ago, Marty at GoMoto said that it was on the water, somewhere between India and Minnesota.  One of my friends mentioned that there was word about a cargo ship that had only recently sunk but apparently that was just a rumor going around in some very small circles.

Knowing that adding one more in the garage seemed just a bit over the top and really unnecessary, with much deliberation and prioritization, the hurtful decision was made to sell 3 machines to make some room for the new white one.

This one's been gone a few weeks already..... 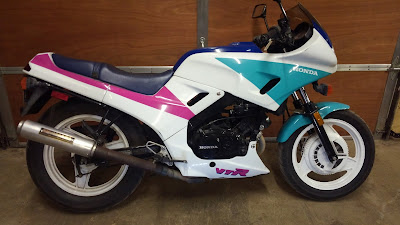 Riding friend Jeff bought it, now has it running better than new.  If he and his lovely bride weren't over in Belgium right now, he'd have most likely been out for his first ride this past week while it was so mild.  He's telling us that this will be his AHRMA Road America weekend machine this year; I'm hoping to take it for one more spin if given the chance.

The red one is listed on ADV, has received some very nice comments, seen some interest in Fly and Ride's from a few people but currently is still mine.  If by chance you're in the market, I know where there's a good one.  I'll give it another week or so on the popular Dirty Bike forum, then get it listed in a few more places. 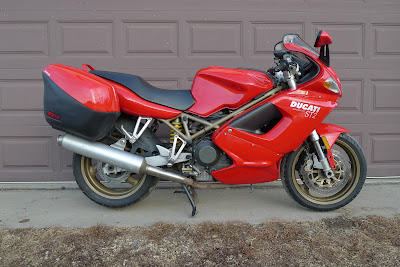 Finally, once the 2nd one is gone, the old KLR will be #3.  Unable to say why exactly, but there's a growing soft spot in my heart for this one.  There isn't really a logical reason; the Kawasaki will be redundant and quite possibly lonely once the 411cc bike arrives but it's being the last one up for sale for a reason, certainly a solid one. 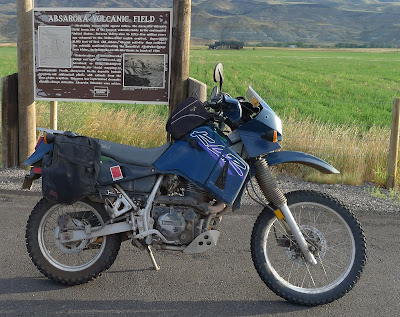 So, if you're counting (and I try not to), this would potentially be a net LOSS of 2.  At this point, I say potentially....

These past weeks, not to mention the last year and a half, we've been busy trying to get mom's house cleaned out, the goods sorted and lastly, the dwelling sold.  This past week, papers were signed to get it listed and now the weekend's Open House isa flurry of activity.  Text messages and emails are far and away the better way to stay up to date on the heavy traffic.  Low supply, big demand is fortunately where the house finds itself and there's every indication that an offer will be forthcoming by the end of the weekend.  As my brother and I have discussed for months, "there's riding to do....."

Last week, while going to and fro visiting our company's customers, I hit the grand daddy of potholes.  I'm conscious of them, watch for them and do everything reasonable to avoid them but this big one got me.  The headlights blinked, the wipers turned themselves On to DANGER and before I got back to the office, the car was feeling 'funny'.  An egg on the sidewall and a bent wheel will do that to a fella's automobile.

At the tire store on Friday, while paying for a brand new tire, a brand new wheel and the extraneous items, Vicky, my go-to, oft visited counter person said, "be sure and register for the drawing".  I did and here's my very own, small version of  When It Rains It Pours. 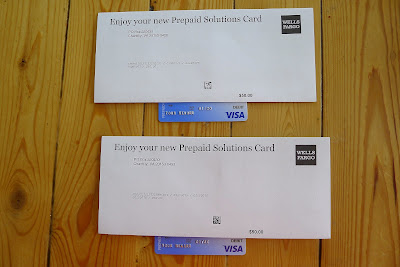 Someone not only attempting to, but able to, accomplish much more of substantial content and endeavor than I've ever been able, is our blog friend David over at Life On Two Wheels.  Very busy and carrying in a properly loaded-arch way, he's been studying for the Ontario Bar Exams.

My timing, impossibly poor, a request was made for some travel ideas from David regarding Peg's upcoming business trip to Toronto/Montreal.  Rather than tell me where to go, David very politely and graciously requested some additional time to respond.  Respond he did, not only with an extensive list but with details so thorough that someone without a clue or a GPS could easily follow them.  Peg happens to have both and it will be mere child's play for her to execute all of David's suggestions.

David, we truly thank and owe you.

Tomorrow morning, a shared breakfast with Paul and Eric.  Been a long time guys, can't wait to sit down over some coffee, eggs and learn about your recent AZ back road riding.