Every day now and it's been quite literally weeks...."Severe Weather - Flood Warning - Mississippi River Flooding.....".   The river goes down then it creeps right back up again and this cycle has repeated I don't know how many times.

Yesterday we started getting 2 "Severe Weather" alerts, this new one a Dire Snowfall scare.  Thursday afternoon it was lovely, an afternoon doctor appointment was hard on any early evening rides.  Friday was definitely cooler and I was out on the Helix for a short one later in the afternoon, stopping up in Memorial Park (gates open now) to take a look at bridge progress.  The flooding Mississippi is making bridge work very challenging. 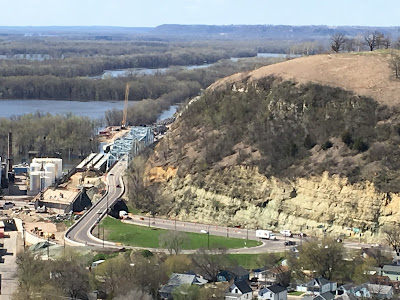 This morning.....there were a few wind-driven flakes but thankfully we never got the 8" they'd been warning us about.  Yes, the river is still flooding. 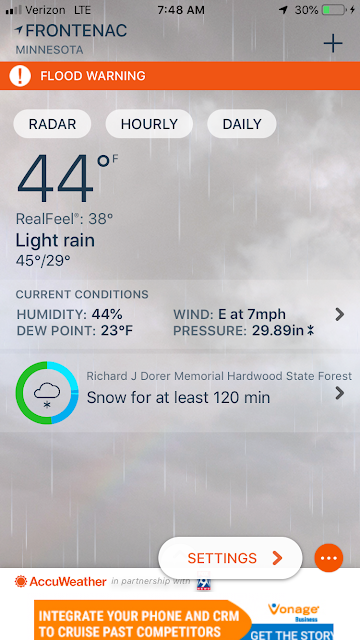 Wet and cool, I was in the garage a good part of the day.  This afternoon the wind slowed, the sun came out and the world wasn't such a bad place after all.

All three had been ridden hard and put away wet when stored last fall, the Hyosung was the next one in the stack.  Only a few cranks and it fired, then never faltered.  I'm old and fat but we'll be together at the very least one more season and I can't wait to get some real time on it. As I've said countless times, "I really like that motor."  It is a joy to ride the thing. 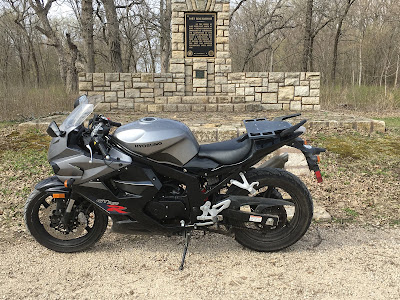 Next was Raggedy Anne; the old girl has had a hard life and it shows but it's such a blast to ride.  Uncle G had it, didn't ride it much and it spent the majority of its life in a humid milkhouse.  I kicked it through a few times first; it took a bit to get the gas flowing.  If I'd have known this morning what would happen this afternoon, I'd have turned the petcock on and starting would have been almost summerish.......I'm willing to wager the point.  My soft bags over the seat and a duffel, it deserves to see another rally. 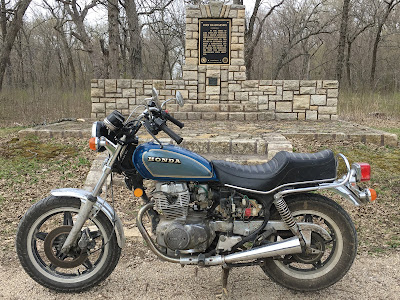 Finally, the Mule.  Nearly a miracle, 2nd KICK and RUNning!!!  Sitting for a couple of weeks which is typical, it never starts that fast unless it has run yesterday.  If I'd have turned this one's gas on one earlier it would have been running before I had my slippers off. 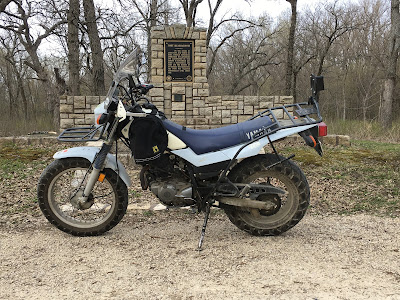 Very strong possibility that tomorrow at least one of these will get some more of my attention.

It will not be Detailing attention.
Posted by Coop a.k.a. Coopdway at 6:35 PM