To Cafe Or Not? 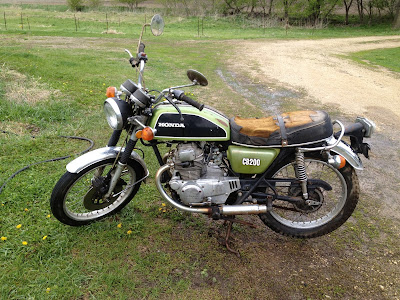 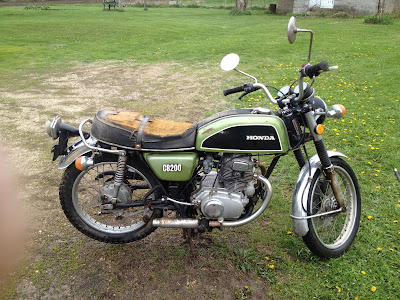 It is a 1975 Honda CB200 that I got from a friend.  The bike had been sitting for a few years in his dad's pole barn, had been used most of its life by farm boys and wasn't in the best of shape.  It actually didn't look so bad once I powerwashed the major dirt off but there were definitely issues here and there that needed  some work.  No ignition switch, broken taillight/fender, broken gas cap, missing kick starter, torn seat, plenty of rust and old dirt.

When told about the bike and the sale price, I honestly thought that it would be an easy machine to part out, the gas tank alone worth most of what I paid to bring it home.  Once I got the dirt off though, she really started to grow on me.  I towed it home last April, put it up on the rack right away and pulled a few things off to get a better look and feel for its real condition.  It's been on the rack all summer, trying to tempt me (I don't work on them during riding season). 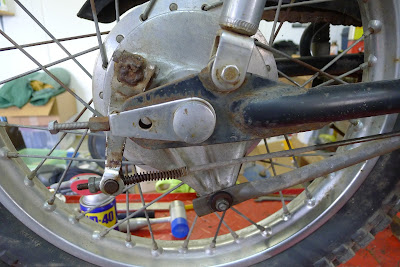 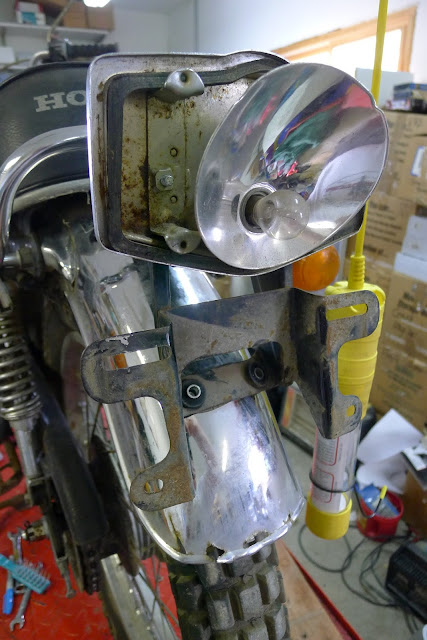 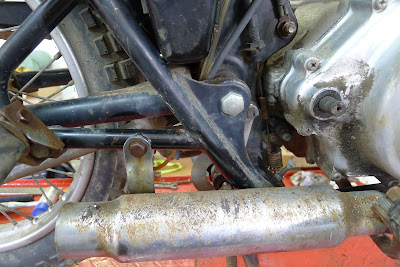 Mouse nests, one on each side, in the air boxes, a mostly rusty tank w/rotten gas, wiring bypassed, dirty carbs......all the normal things from a bike once used and then 'stored'. 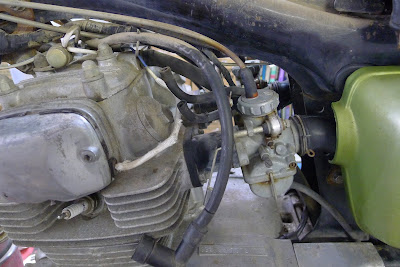 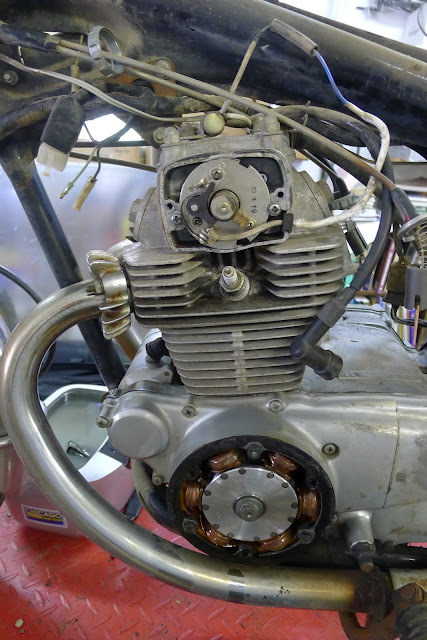 I invested in 'new' Ebay coils/wires, cleaned the carbs, gave the mice a different place to live and bought a battery.  With the corrosion removed from the points, it fired right off once I jumpered the special wires.

So, what to do??  There is no way that I'd restore this or anything else; I have neither the patience nor the desire.  With a few parts, lots of elbow grease and a slight mod here and there, this thing would be a mostly stock runner I'd be proud to ride with an age ED sort of patina, even if no one else would.  Since I'm a machinist with the ability and the sometimes-desire to make things I'm not paid to make every day, I could see myself really having fun fabbing some very interesting one-off parts for this, ending up with a machine totally unique; a mine-only.  I've got some nice chunks of titanium lying around.......

There's a (big) part of me that feels it's a shame to cut this machine up and do much of any changing.  My friends know that I much prefer riding bikes to working on them and yet there's something about this one that keeps calling me, begging for a new look.  At least I think that's what it's asking.

I've joined numerous forums dedicated to making these old 200's into some very special rides; the Aussies seem to be especially gifted at silk pursing these old Honda's.  There are ideas aplenty; many of my friends have offered many helpful suggestions, while helpful, only adding to my confused decision process.

It may just be time to put this old '75 in the corner, wall it off in it's own secret area and surprise everyone with my version of a Skunk Works Machine sometime in the future. It's not like I'll need it next week to get to school.