I'm not sure how many of the GR3's that I've attended but I've only missed one or two since whenever that first one was.  A variety of machines ridden, last year I had one on the trailer behind the van.  A first this year....I didn't pre-register and as such, I was surprised by the changes in the Madison BMW Club's plan for the gathering, this Soldiers Grove the first rally of every season.

This year there was no Saturday evening meal, ceremony or after dinner gathering.  As such, the reduced rate of $20 for the weekend was a huge value.  Free will donations for dogs and brats both evenings and the coffee and drinks flowed all weekend as always.  Hopefully our reported attendance of 158 was enough for the club to not be in the hole.

I had vague plans for more (some) videography, certainly photos but I believe I took fewer rally snapshots than I ever have.  We had some new faces, faces I often see around a coffee cup'd table at Diamonds in Mpls.  Four of those drinkers attended the rally as first timers...and it was good.  We did some riding and lots of talking.  As far as I'm concerned we got the balance of those two endeavors just about perfect.

Great seeing old friends, some new ones made. 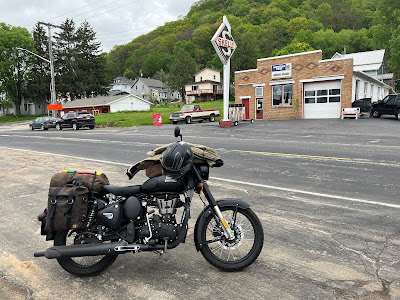 Andrea and Curt not only met us in Genoa for lunch but made several trips to meet us at multiple locations.  A lunch, dinner and breakfast were shared with our group. 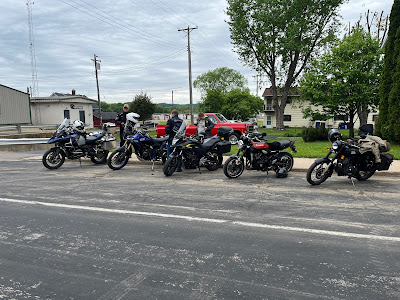 Paul made the trip up, Kansas City his home.  He's made this rally a good habit, returning once more. 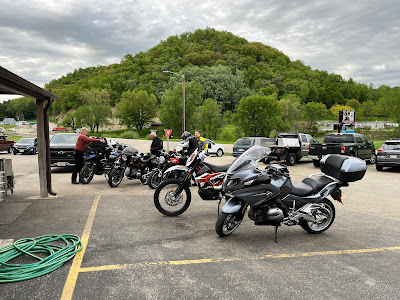 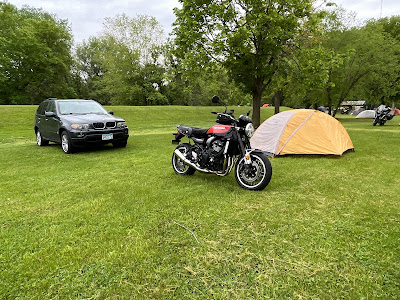 452 miles on the Classic Stealth for the weekend...smiles for each and every one of them. 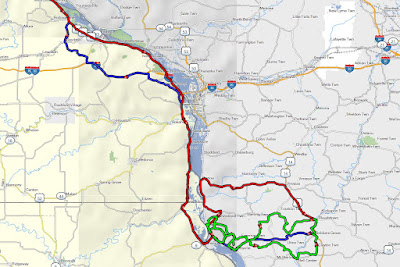