A new camera to take along on my rides and hopefully other adventures.  Both the camera and the software need more time and practice...I intend to take it.

Take a look and see what you think from Saturday afternoon's ride. 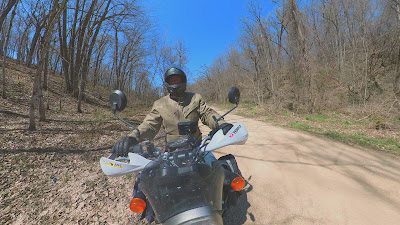 Monday was a very warm, cloudy windy day with temperatures that often stir up our Spring weather.  It happened.  A Tornado Watch was issued late afternoon until 10pm.  After 4:00 I decided it was perfect for an 80+ degree ride through the dales.  It got sticky.....a MN record dew point for May.

I stopped at this cemetery, just curious if one of our old relatives might be buried there.  His family's farm was visible from where I parked the bike but I do know that he was a member of a congregation further away.  I have to assume that his people are buried there since I didn't find them at Belvidere Union.  I read on the plaque that the property for the peaceful place was donated by a local man after his 2 year old daughter died; her headstone located on the higher ground. 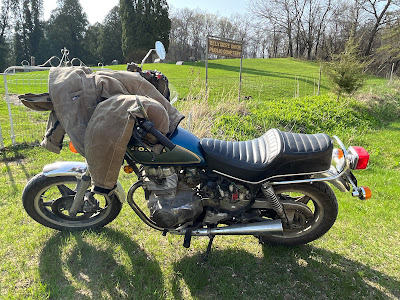 The sun was out and so was the humidity....it felt lovely, the brightest it had been all day. 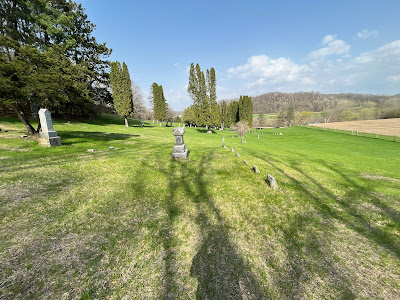 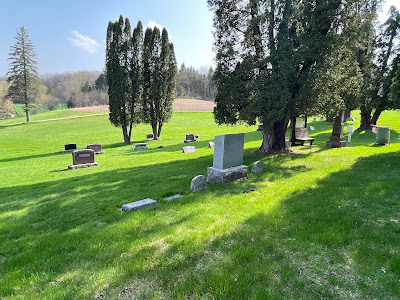 Looking NWN...you can see what I would call summer haze.  But it was a sign of what was on the way. 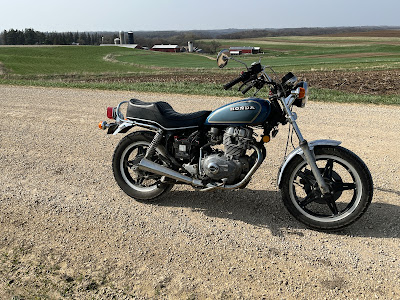 A stop here to get a look to the NE. 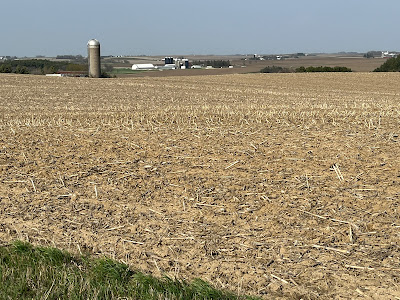 Not all that much later, I turned to the West. 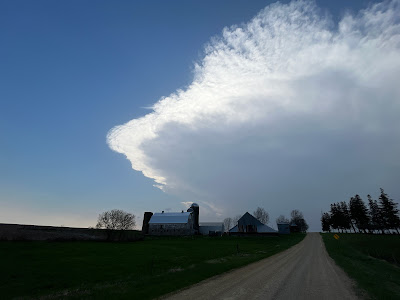 We had a bit of small hail, 1.3" of rain and a couple blasts of wind and then later, back to butterflies and rainbows.

The sun was too far gone for rainbows. 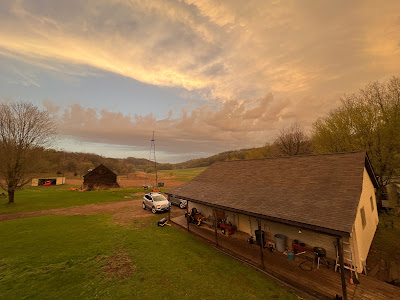