It's been a good day....a high of 45 degrees wasn't troublesome in the slightest.

Things started early today, an audiobook and coffee to begin.  Before and during refills, our owl was hooting up behind the barn.  Once daylight arrived, I was out working on the plow truck's charging system.  A plow truck that stalls and abruptly dies when the electric winch raises the front blade isn't really very winterized.

THAT problem now solved; the past couple of weeks' troubleshooting finally paid off.  These machines work really well when everything is shiny and new.

While in town to pick up some odds and ends, the empty cat food bin outside forced a town trip today that I'd hoped could wait one more day.  It's not like Percy and Moesha couldn't do with a week or two of fasting....but now they won't have to.  Chad, his wife and son were there for a very chance meeting.  I had no idea that they keep a boat in the local marina.  Nice to meet your lovely family Chad and the kind customer refilling everyone's cup I'm sure enjoyed Michael's "thank you."

Early afternoon there was an almost unheard of nap and I'll make no apologies for it.  Often thought about but very seldom executed.  I decided that today would be special.

The garage has been a disaster, I've not been kidding when I've justified which bike to ride based on how close it is to the big door.  The shelves are again doing what they were supposed to be doing and our dumpster is a lot heavier than it was this morning.

I've got it in my head that the TW200 will see some slow, most likely very cool miles yet this season so a couple of hours ago, I kicked it twice, it ran and I did a very slow exploration of the property's perimeter, riding on some very soft ground and trying to stay in between the harvested corn row stubble.  Another week and the creatures will all be hiding. 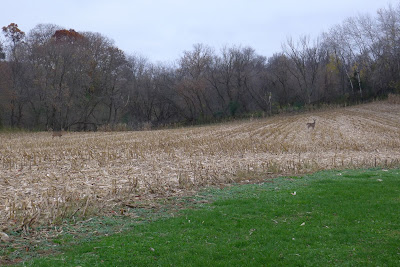 So the machines are shuffled, the TW200 right in front as is the ST2 which hopefully will get me to the Swan event next Sunday.

It was pumpkin carving day, I was fortunate enough (stuck with the task ) to carve Peg's and my own  She went with a more conventional design which I did my best to carve, mine was a simpler and more efficient little green man that was orange.....a space creature.  I'm getting a lot of pushback from the family disputing both my choice and artistic definition. 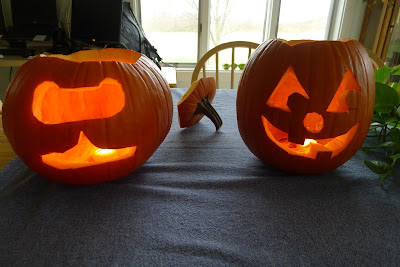 Lauren's owl was a lot better than mine in every way...... 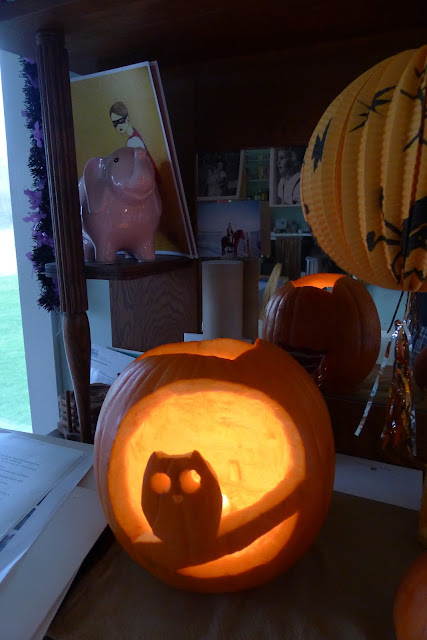 The seeds are and soon will have been quite tasty. 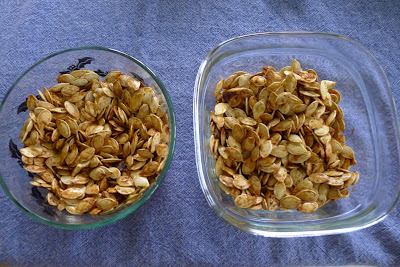