Chip was kind enough to once again host the MN VJMC October event in Mpls.  Once again fooled by the predicted weather, Sunday dawned bright, windy and with the promise of low 60's.  It was that way when I mounted the '82 Honda 400A but before I got very far, a dark and very solid bank of clouds blew in and blew in they did!  A strong wind from the NW (headwind) was almost too much for the Honda and was the exactly wrong type of riding condition that promotes good fuel economy.

I left home with 67 miles on the trip meter which would have been about a gallon's worth based on our sedate Slimey Crud riding conditions.  Sunday into the wind, the roads had higher limits and the wind was relentless.

On top of that I had foolishly neglected to not only wear but bring an additional layer.  Why was that necessary on a sunny 62 degree day between the hours of 1-4??  The 'Bib would have done me nicely and I actually meant to bring it along.  I was at the end of the driveway, a total of 970 feet from the garage when I remembered, then told my self, "not necessary."

Though it wasn't like I would be making the 75 mile trip in one swoop.  It was the wind that guaranteed that.  I filled in Red Wing, 10 miles from home and about half way there, had to quickly flip to Reserve.  Stopping in Hastings, 23 miles later, I had to tack (and quite literally tach) my way to avoid heading dead into the strong wind.  .7 gallons for a truly economical not quite 33 MPG.  I stopped again right on the border between St. Paul and its Twin, Minneapolis at 34 miles for another fill, this time taking .9 gallons for an improved 38 MPG.

I didn't stay long, just long enough to say hello, get something to eat, snap a few photos and get WARM.  There was a quiz once we broke up into groups about historical Japanese motorcycle facts and figures.....I was totally out of my league around those many experts.  Now if they'd have asked me the best, not necessarily the shortest route between Alma and Arcadia, I'd have ripped that one off in seconds.

It would be another strong hour and a half home which took a bit longer when I stopped once more in Hastings for a 20 ounce very hot coffee. 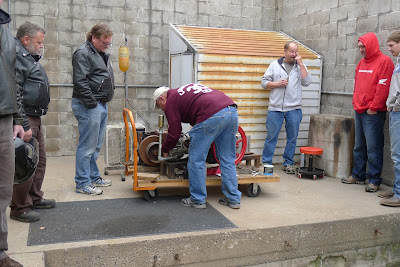 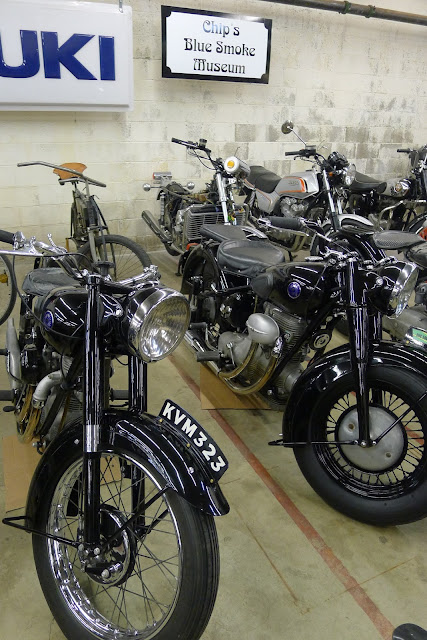 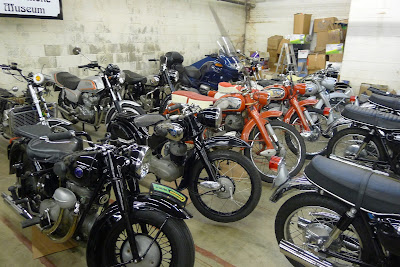 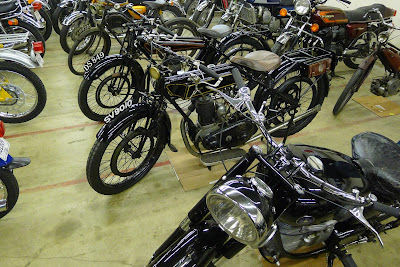 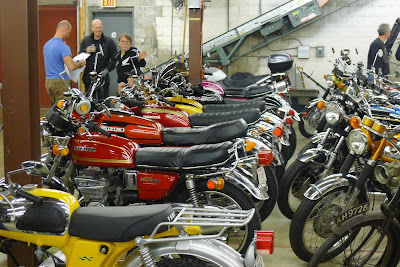 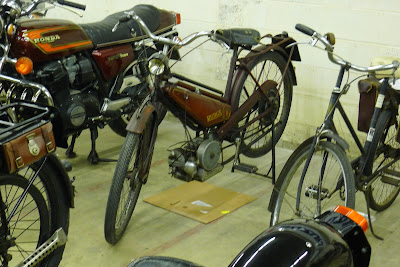 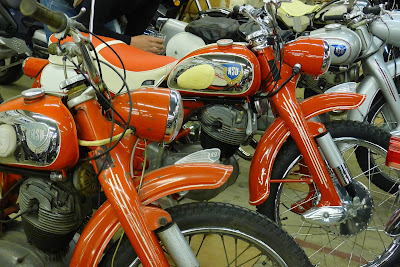 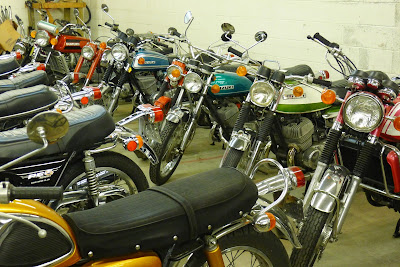 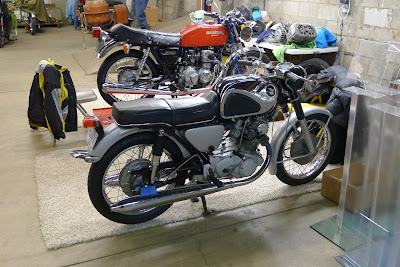 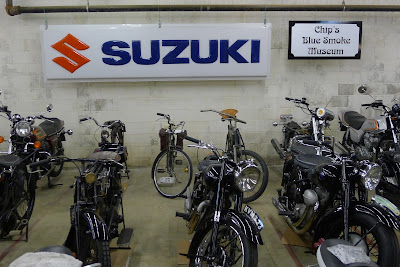 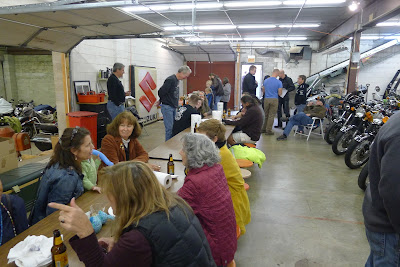 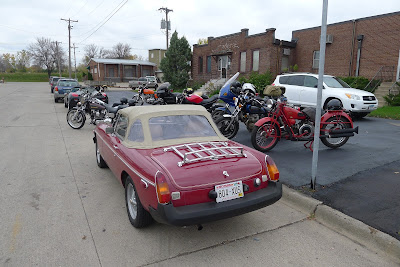 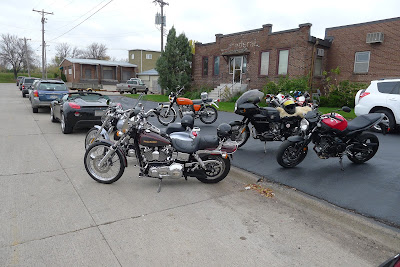