Yesterday's Post mentioned that I drove up to the Twin Cities rather than ride and I didn't really ride the rest of the day even though it would have been a super riding day.  Way too many things needed attention but when at least a few of those things were settled, a few of the machines that haven't seen use in weeks received some attention.  Technically a few were ridden but they/we didn't get anywhere.

One needs a battery, 4 need tire changes; they'll all be very ready for some wintertime attention.  There are a few things that need to be ordered but I've been better than usual about waiting for sales which means most everything I need has been ordered and is already here, the installation labor the only part missing.

So a few were started yesterday, a couple of them a struggle but eventually all tried ran.  Today's running was a little more serious....I put about 75 miles on the Morphous, almost that many on Ben's Honda and probably 40 or so on the TW200.  The fact that these 3 are actually quite different machines was very well reinforced today.

The Morphous took me down to Alma's Buena Vista overlook..... 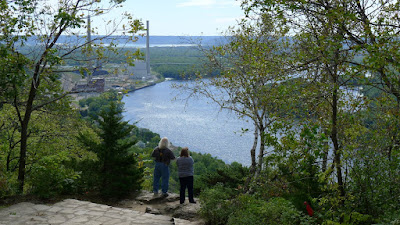 Such a fine day, there were many out enjoying the weather. 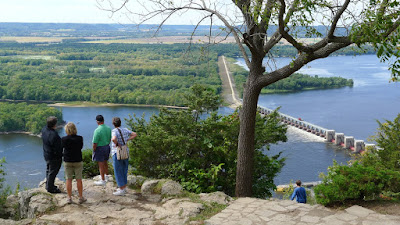 I went more and stopped less on the Honda..... 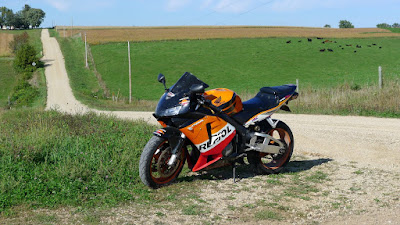 On the TW no stops at all, just poked around close to home.  All 3 had some beneficial exercise, hoping now that the season is far from over with many more chances to get out.