Diamonds and A Geese Gathering

Originally planning to ride the ST2 up this morning, it was discovered that a few shopping stops would need to be made.  Paint, charcoal, Mike had emailed me about picking up a new center stand for the XS650 that he kindly had located and given me.  The center stand would have easily fit in the Ducati's saddlebags, the charcoal and paint (plus the cool darkness at 5:30) made it pretty easy to make the van choice instead.

Again, I was first, Mike right behind me.  Then Mike #2 arrived but he surprised me.  We were sitting in the front room at Diamonds, without bothering to actually look, the sound of a bike arriving told me that someone new, possibly just a coffee consumer rather than a sit-around-drink-coffee-bs'r had arrived.  It was when Mike #2 walked in the room and motioned me outside that I knew something was up. 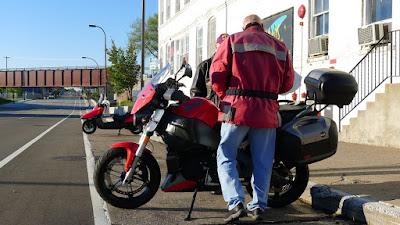 Warren had arrived on his immaculate red Helix and Mike was going over the highlights of his new bike with both of us.  Warren's red Helix is for sale (I really should buy it), many of us were discussing its long length, not necessarily the perception of what most would assume for a "small scooter." 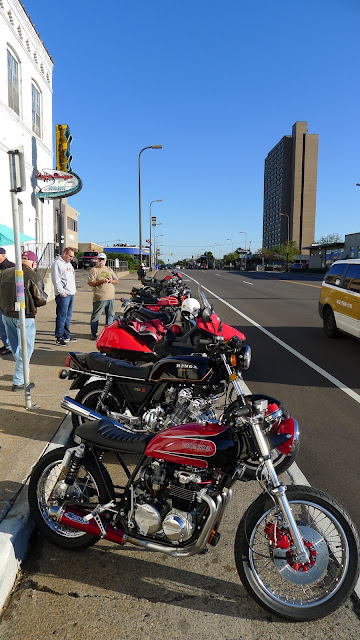 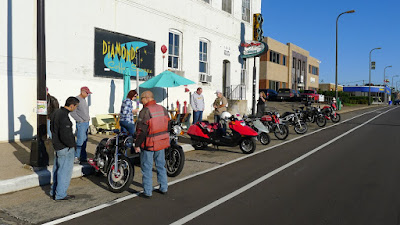 Before long, Richard showed up on HIS new bike, a big V-Strom.  Loaded with just about every farkle I've ever seen on one and many I've not, his excellent deal on this bike impressed us all. 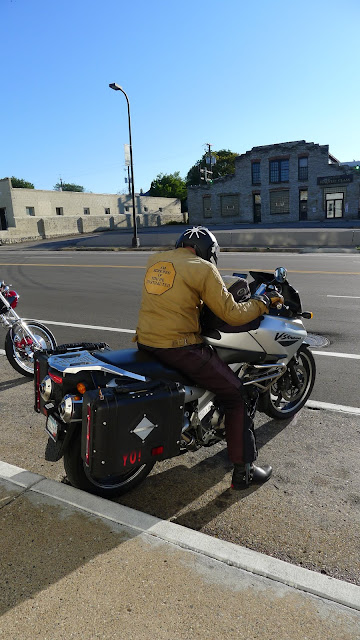 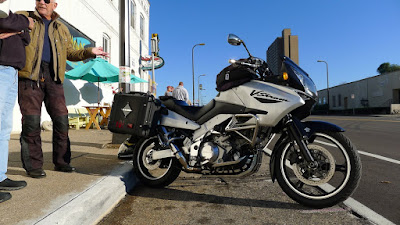 This is the same Richard that barely two weeks ago had made our Wildcat Mtn Rally on his KawIndian.  Honestly, these people with multiple bikes....constantly updating and changing....how's anyone supposed to keep track??

Richard told us, "I'm off to the Black Hills today."  Have a grand trip Richard.

Peg is constantly trying to sell me on OneNote....."it would be perfect for keeping BETTER track of all your things and to KEEP them organized...."  She knows my weaknesses.  ".....your blog, the bikes, their maintenance, your trips.....".  She again walked me through her many uses and very organized pathways to information, history and data for her employer.

Maybe I will this time.  I'm really having a difficult time keeping track of everyone's motorcycles.

Mike #2 reminded me that it was once again the 3rd Saturday of the month which meant that the MN Guzzi group was gathing for breakfast down at Starks.  It sounded like a place I should be, so only minutes after Mike fired up his new Buell, I chased after him down to the south side of the Twin Cities, almost directly on my way home anyway. 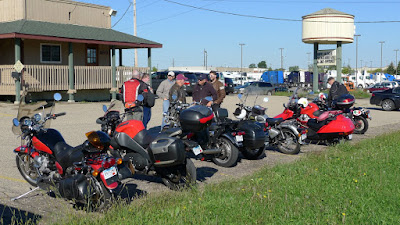 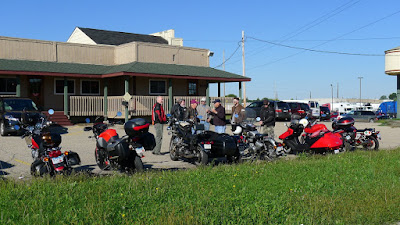 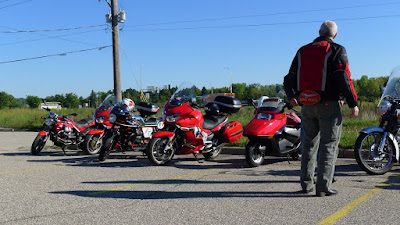 I didn't join them for breakfast, I had shopping to do.
Posted by Coop a.k.a. Coopdway at 5:17 PM