The JeffRide......that's how I named the GPS file for today's ride.  We talked about doing this together two years ago and until today, it remained in the planning stages.  He on his CRF 230 Honda and me on the TW200 Yamaha, our goal was to penetrate the best gravel in Wisconsin's Pierce and Pepin Counties.  I'm going to call the result of today's ride a successful endeavor.

Jeff is in Minneapolis so we picked a Wisconsin town right on the border as a meeting point for breakfast.  Prescott is just about exactly half way between our places of residence, so this morning we both had roughly a 45 minute ride for the 8AM sitdown to enjoy coffee and some eggs.

This is what we did, the Track (bread crumbs) pulled from my GPS.  It for all intents and purposes follows the JeffRide Route that was planned.  140 miles give or take plus the 80 or so each of us had to and from Prescott, here in the upper left corner.  We did the Route in a counter clockwise loop. 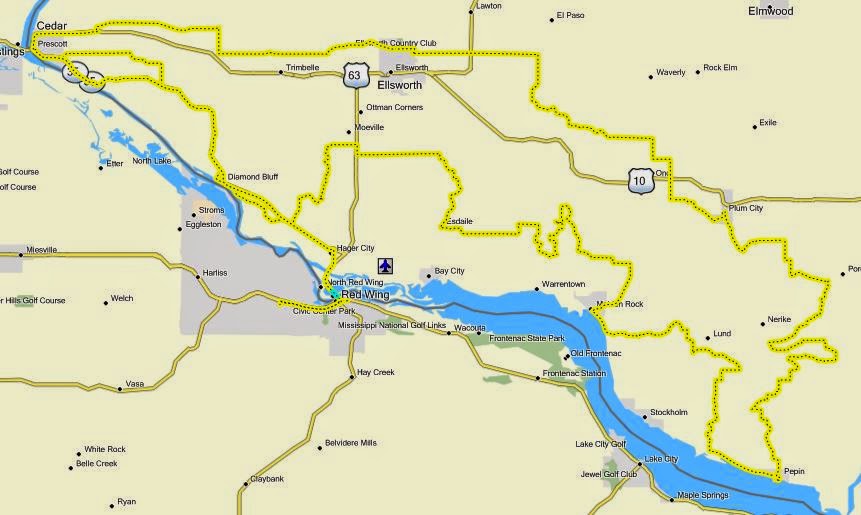 
Here it is with the GPS file included (Google Earth required)

And the moment that one of you was waiting for.......the modeling of my Cleveland Moto T-shirt. 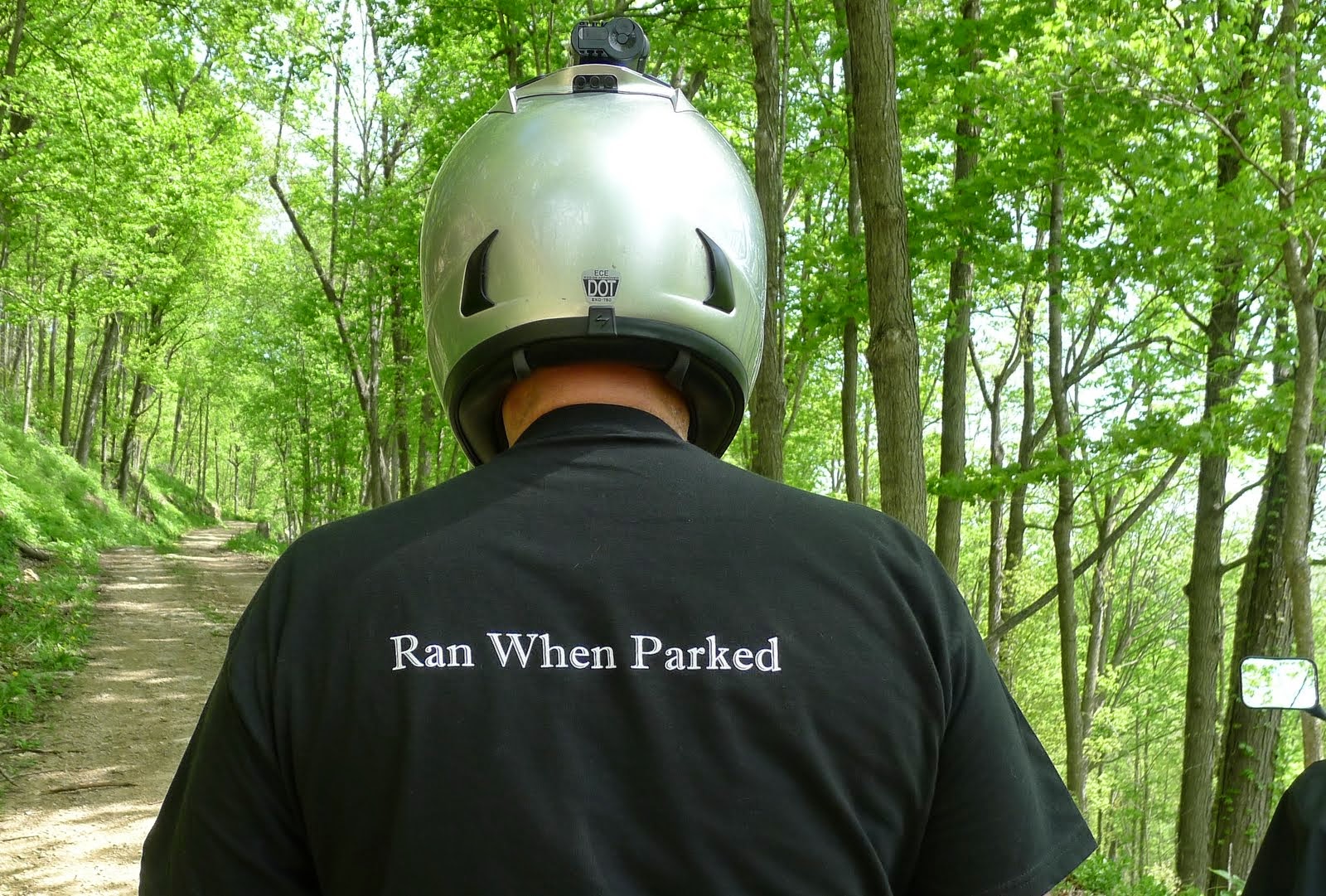 Those of you that shop for or even worse, actually bring old bikes home have seen and heard this phrase many times.  3 'new' machines followed me home earlier this spring and one of them actually came with the above caveat, another one's status of the above was implied but not quite stated.  The 3rd one ran when parked AND when I picked it up........yes, I do manage to bring some healthy ones home at least some of the time.

Jeff and I stopped on 410th St. in the above photo to stretch our legs and marvel at the roads that maybe shouldn't be in existence any longer but thankfully are for those of us on dirty two wheelers. 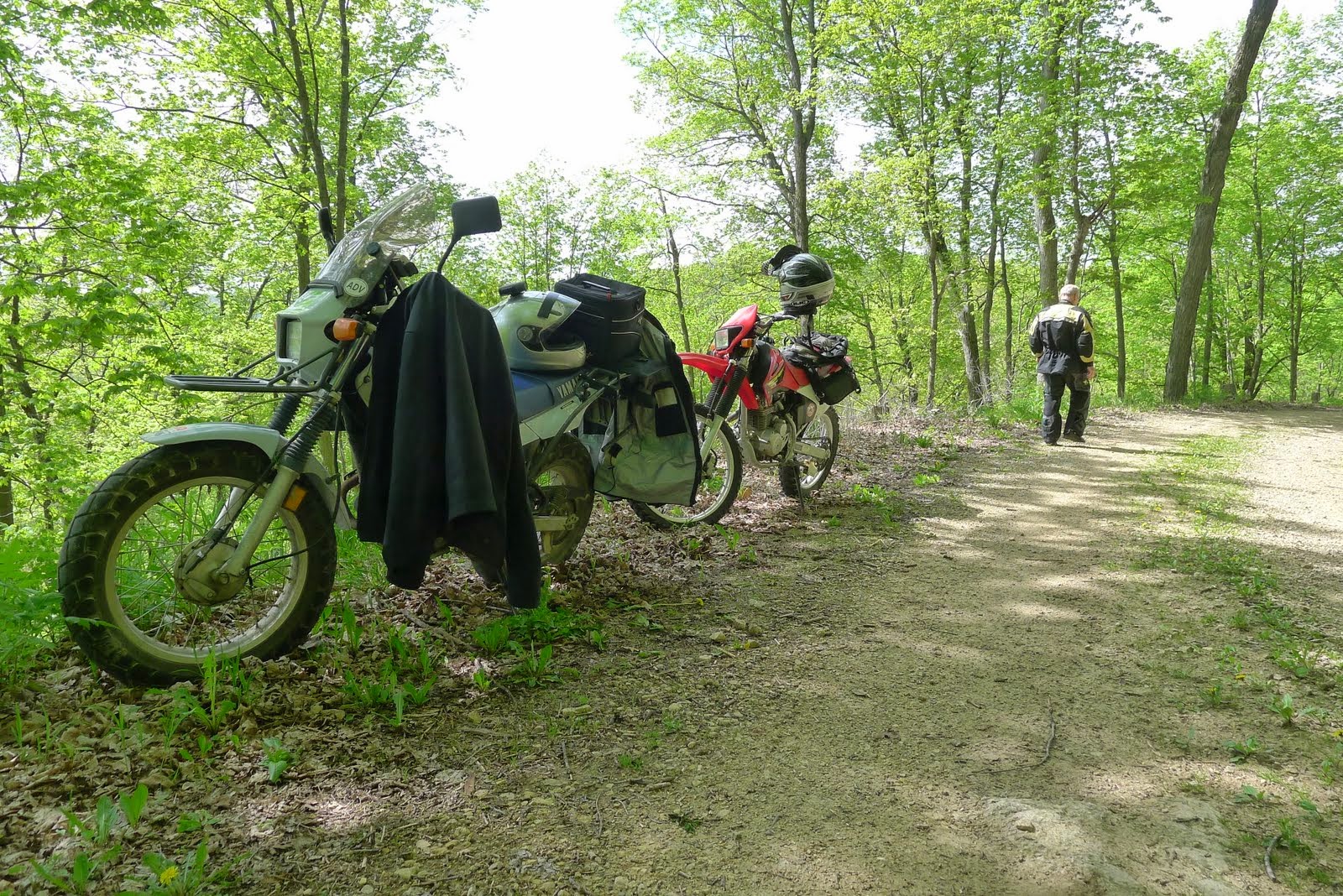 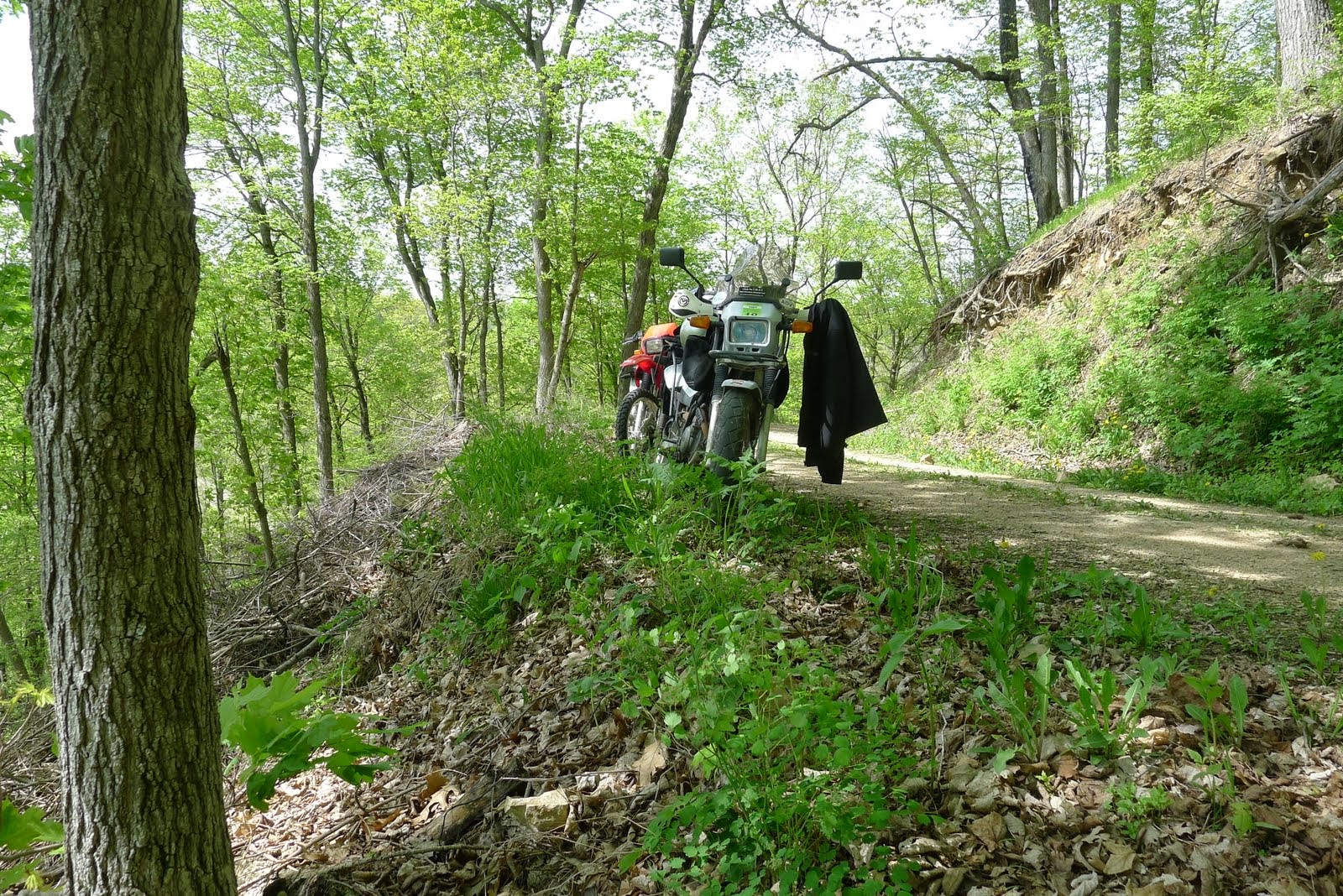 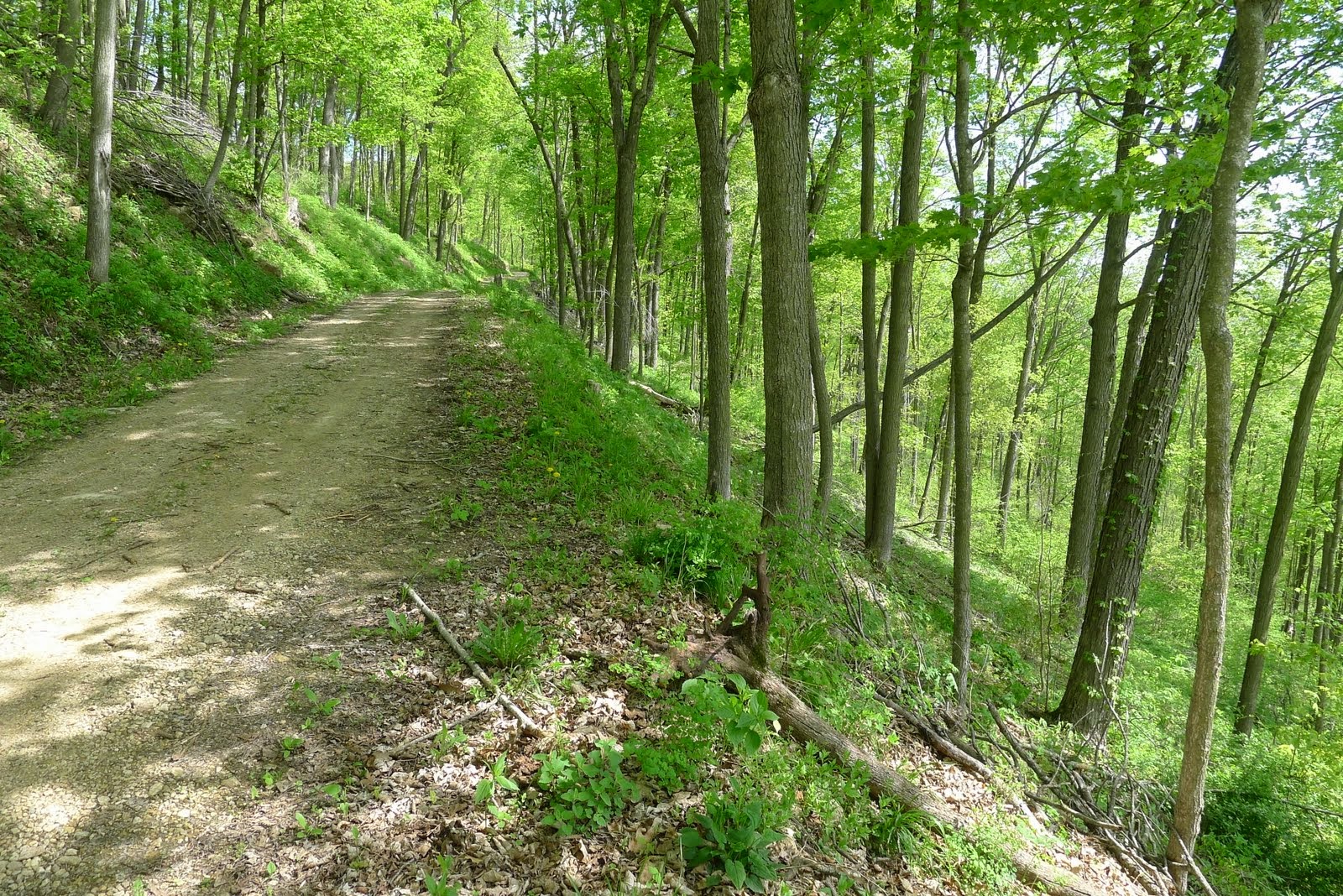 The first part of 410th Street.....until we stopped for a leg stretching break.

Wisconsin Rustic Road #51.....ahead of us the 3rd water crossing of 4.  The water spots weren't all that deep today and that really was OK. 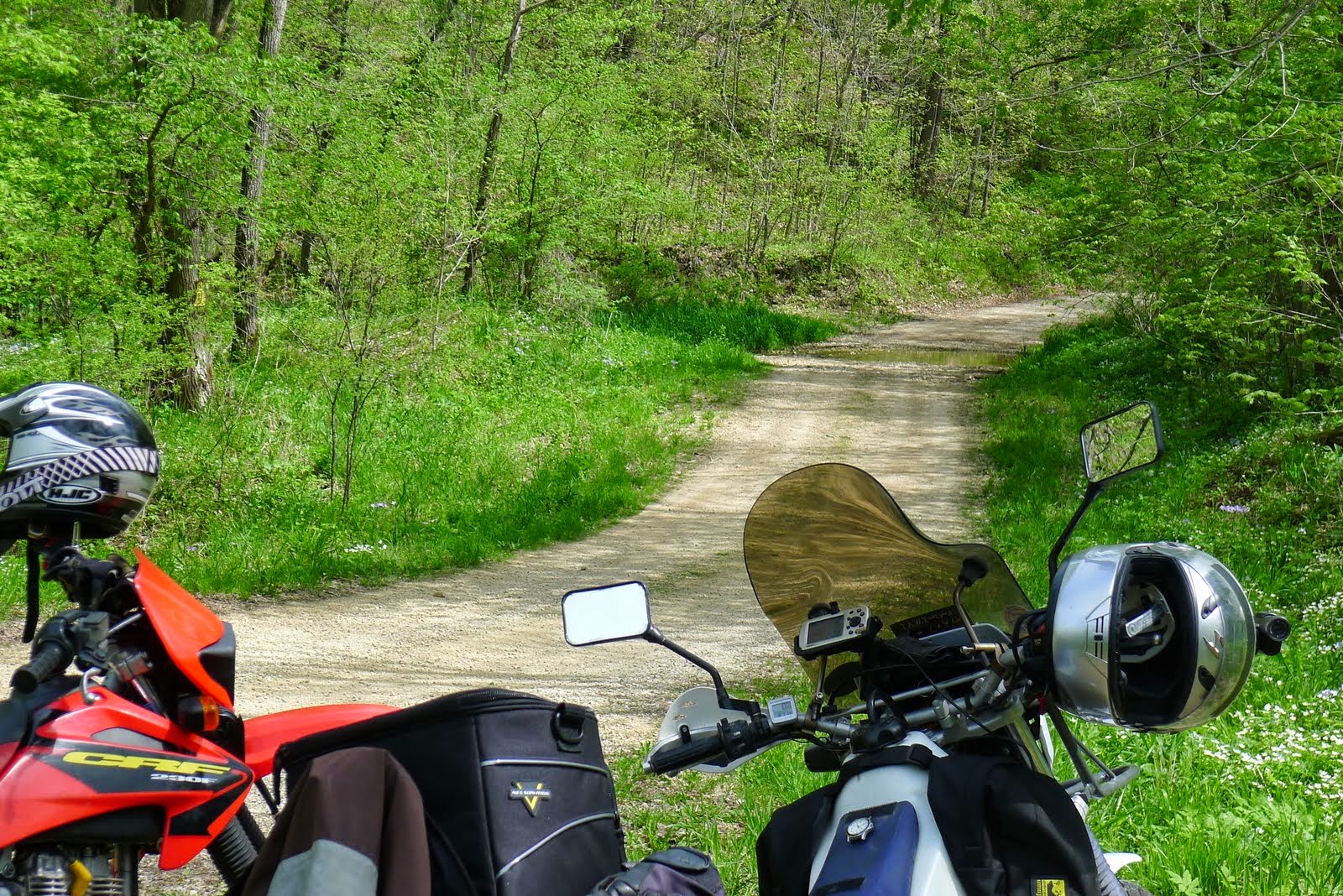 We stopped for lunch at the Pickle Factory in Pepin, Wisconsin (lower right corner in map above).  Lake Pepin and my Fair State in the distance. 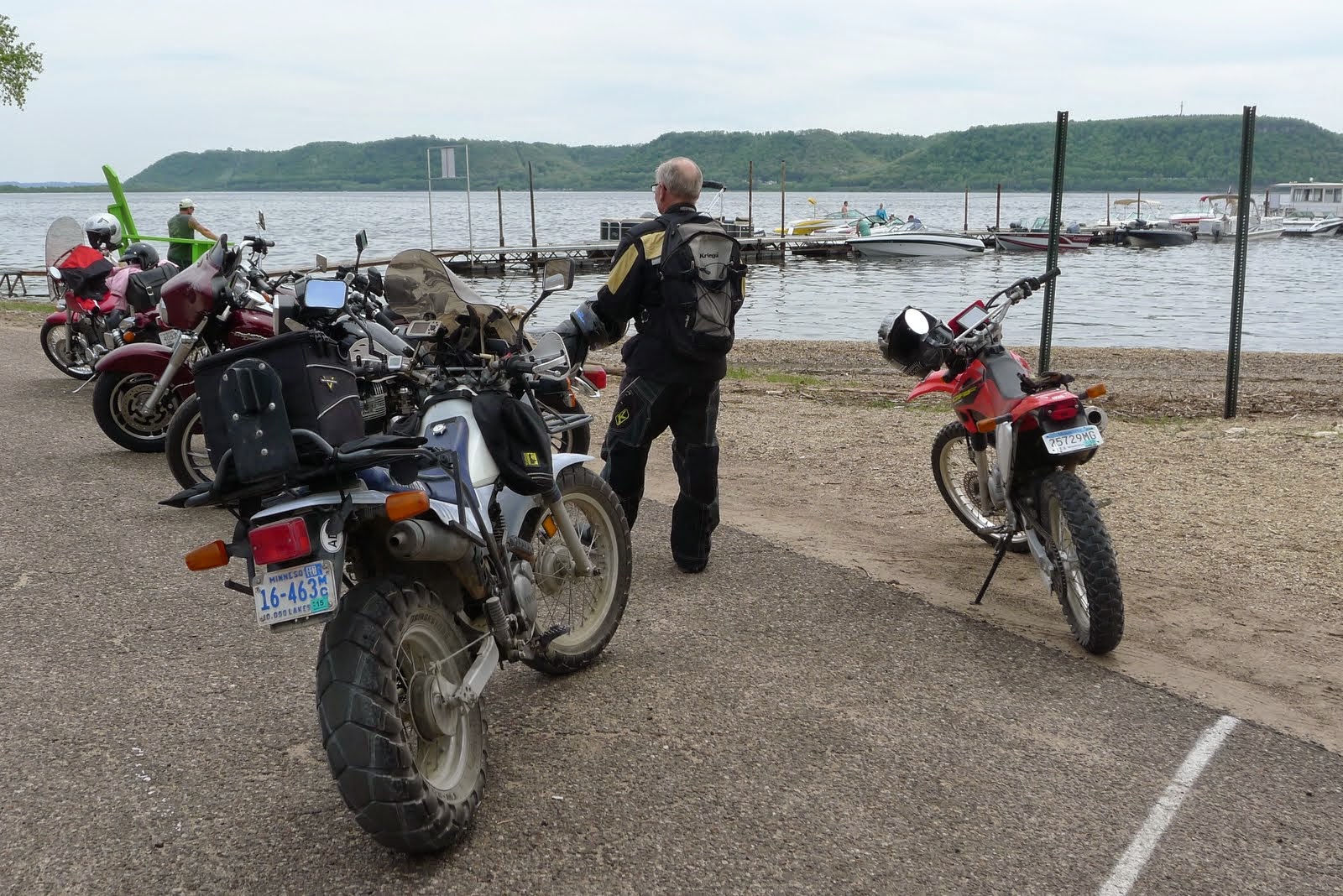 After traversing Bogus Creek Road, Goat Back Road, Elk Creek Road and Gates Hill we arrived in Plum City and felt obligated to take a break at the Trout Pond. 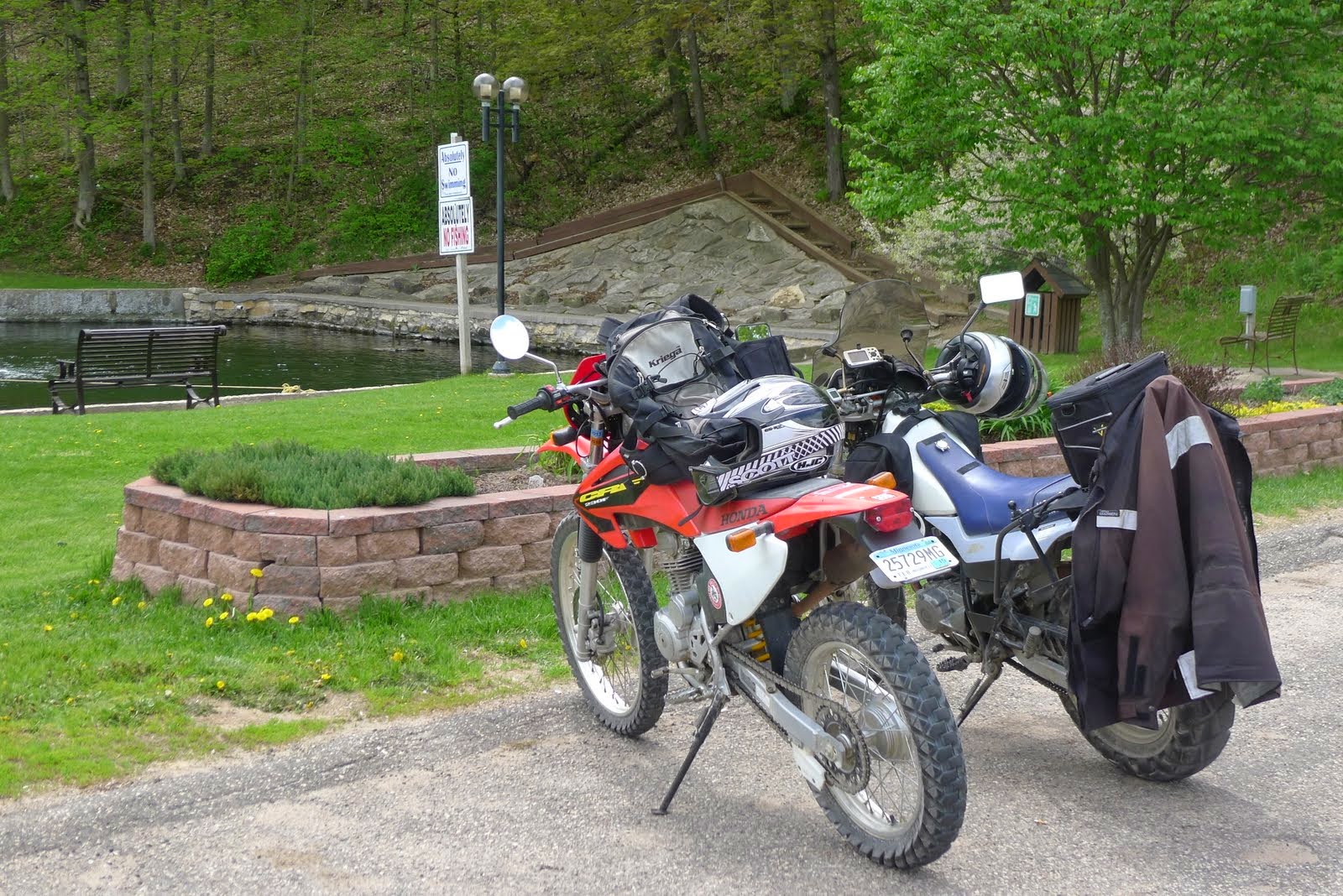 Just as we arrived in town, we came upon a home that had a large circle of guys seated on lawn chairs in the front yard, all dressed in various uniforms.  I yelled a "Thank You" as we passed and it was acknowledged. 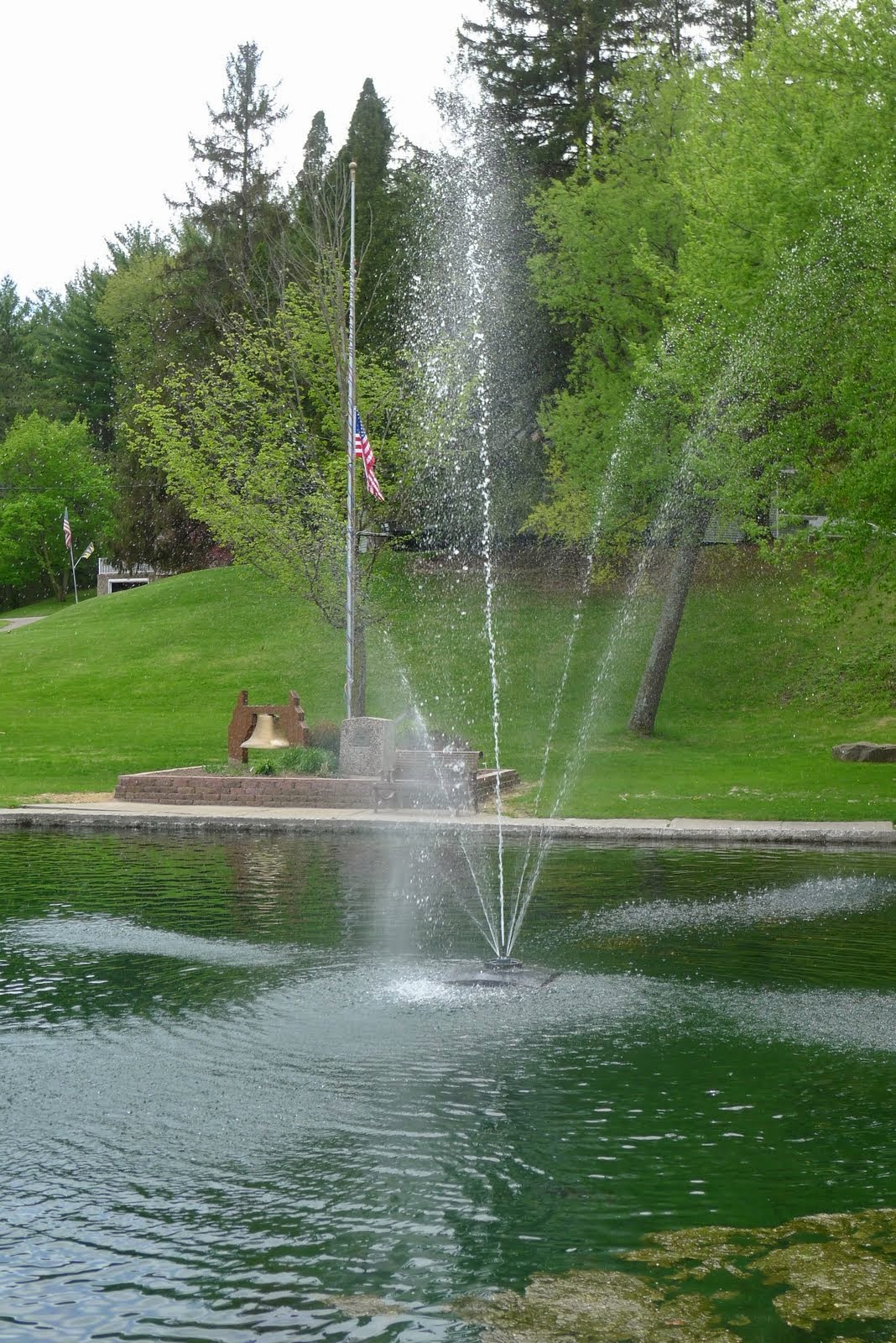 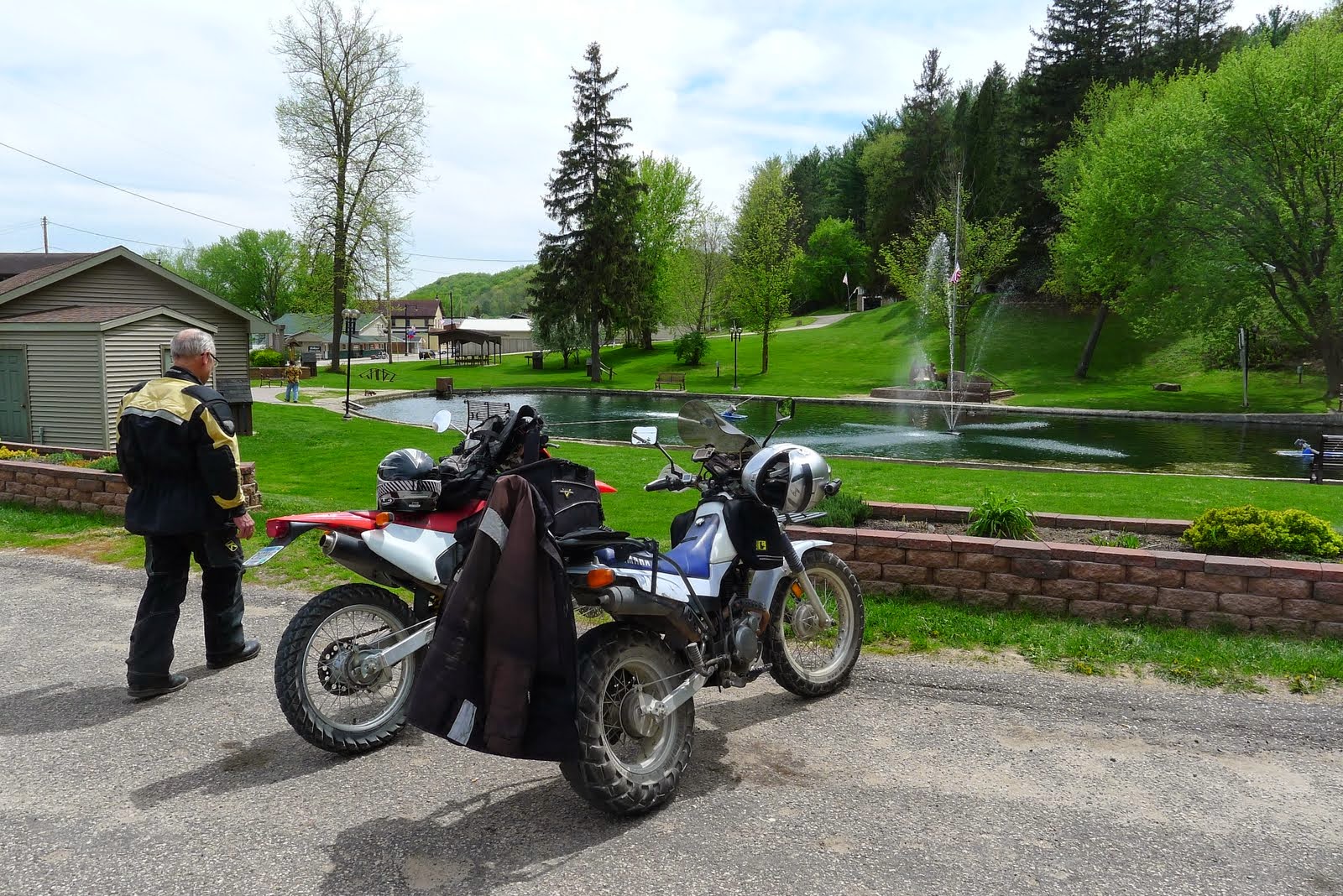 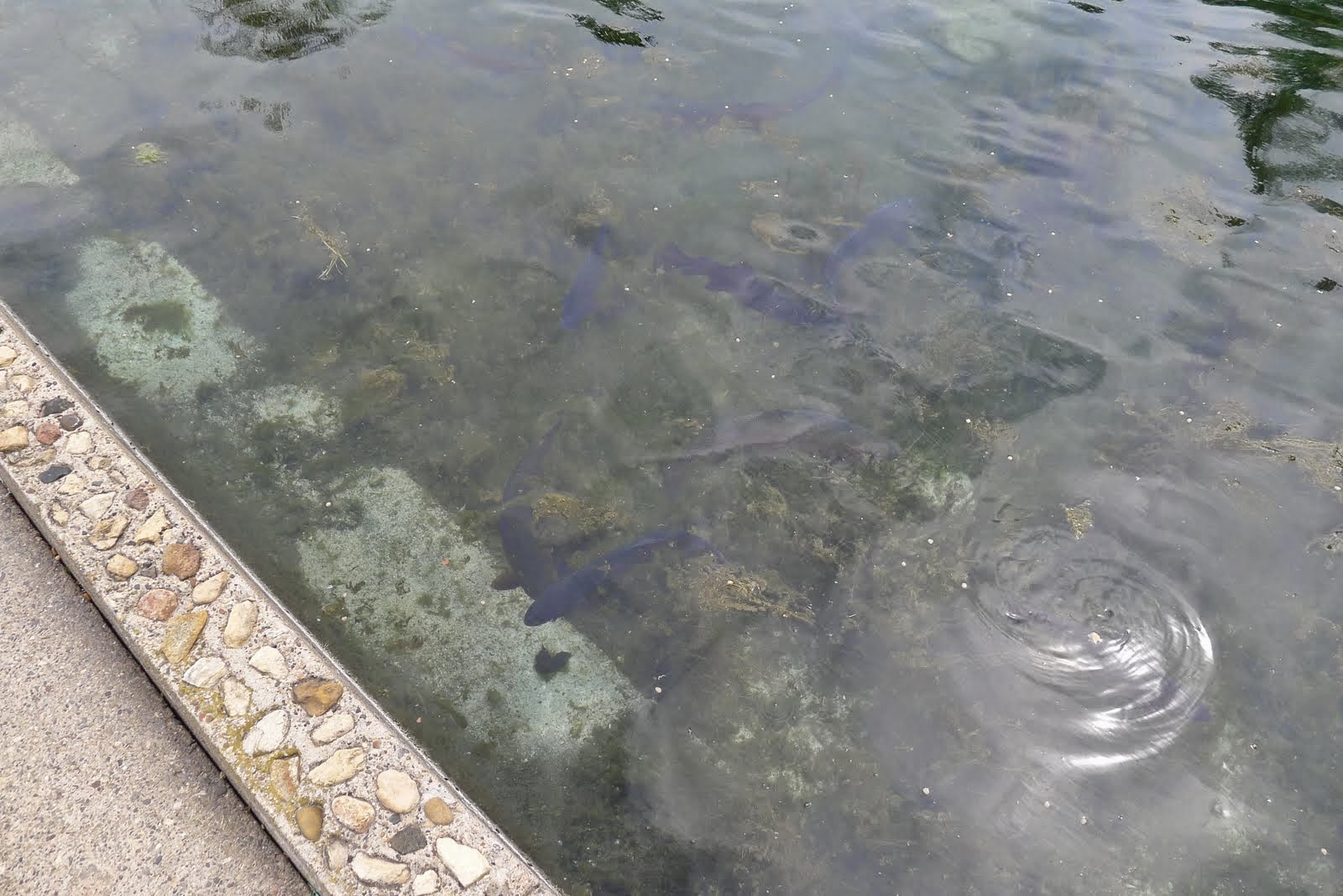 Before we left, local graduates and their families started to show up for photos in the park, caps and gowns everywhere.  Many graduates and their families.  After leaving Plum City, the roads became more paved and straighter.  We did find a few more dusty ones but no where near as many as we'd found on the first half of our loop.  There are places in Wisconsin that actually have too much pavement.   :) 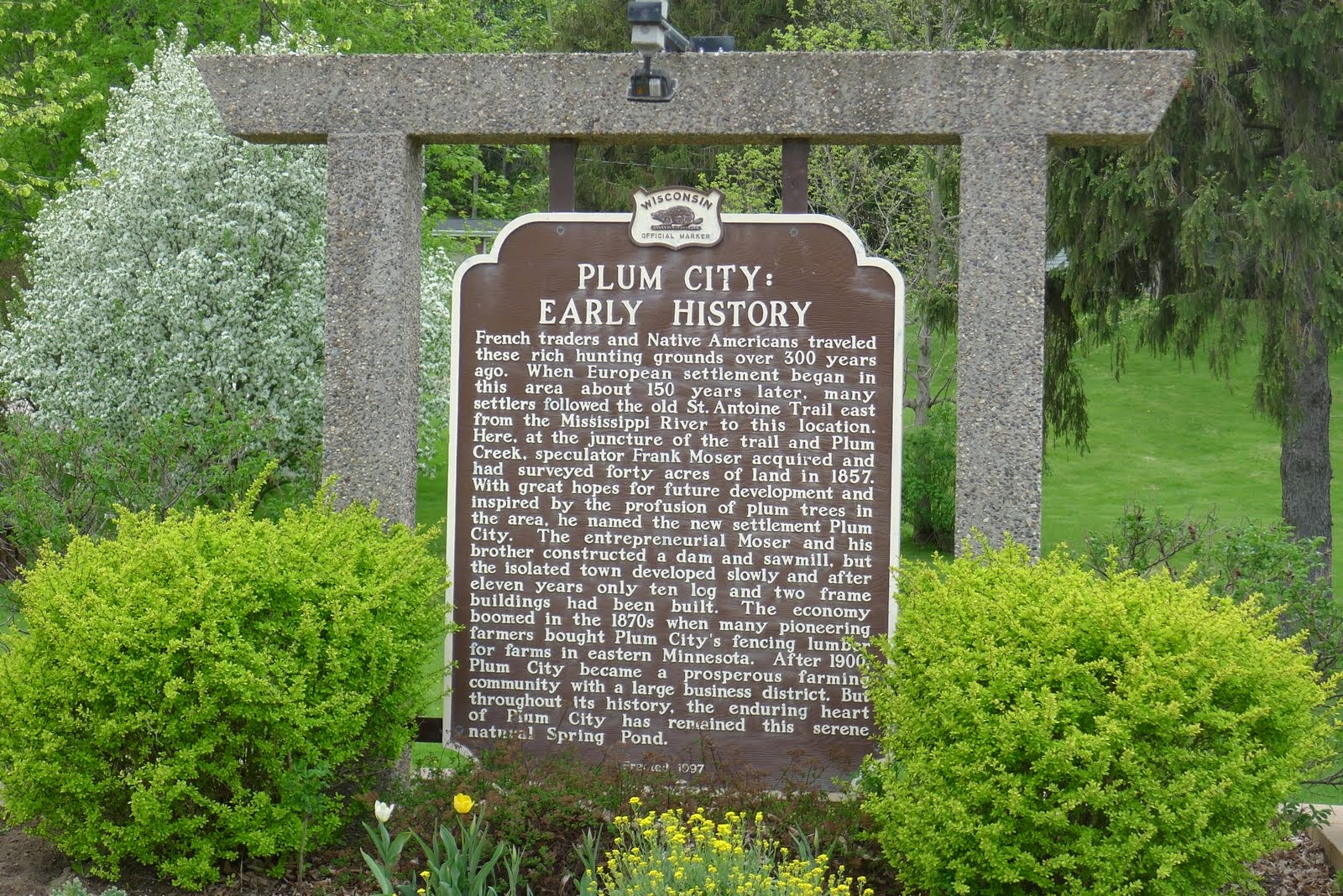 The bad part about my leading a gravel ride with friends is that they get much dirtier than I do though as always, I honestly tried my best to stay in the hard-pack tracks.  I hope that Jeff forgives me and will follow again real soon.  It was a beautiful Spring-ish day to be on ~200cc motorcycles in the country.  Trillium's (Jeff confirmed, he knows a lot more than I do, this isn't me just making it up) were everywhere, the apple and plum blossoms fantastic.