After a two year break, I finally was able to join the crew for the gathering in downtown St. Olaf, Iowa.  There may be other places on the edges of town that offer fine sandwiches, I don't know, but we go right into the heart of the city to the St. Olaf Tap for ours.

Never afraid of an excuse to ride-and-then-eat, the event was initially suggested by Scott from the Quad Cities area a number of years ago; this was my 3rd time.  We Sport-Touring.Net joiners from Chicago, southern WI, southern MN and central Iowa have found it both easy and worthwhile to make the trek to the rolling hills of northeastern Iowa.  We'd ride there anyway, food (or coffee) is just one more reason to get the bikes out of the garage.  Most of us make it a day ride, some a weekend.  Oddball and Bomber were on the weekend plan, both of them on Dual Sports looking for dust and dirt.

I left home at 8AM with 45 degrees and blustery, dark skies.  It wasn't until a half hour later that the low thin clouds gave way to bluebird skies though they were still very cool.  I stopped in Dover to meet up with Dave and Justin.

The RT100, affectionately known as Herr Fritz by its previous owner. 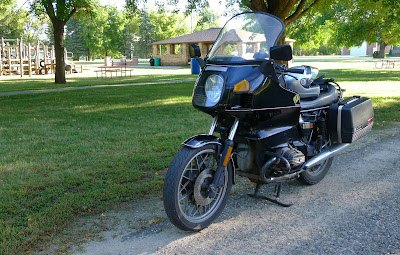 When Dave and I first arrived, there were motorcycles aplenty, various groups of rides and riders parked in front of the 'Tap.  We were scattered and for the most parked further down the street.  No valet parking required. 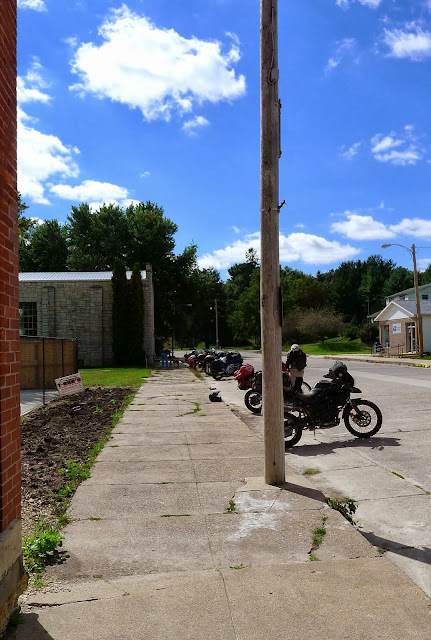 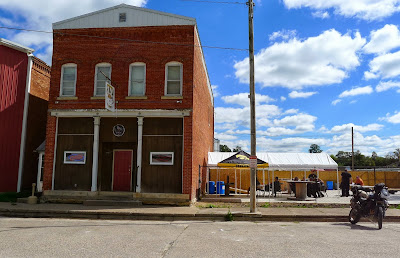 I believe the final count was 13 attendees; we've had bigger crowds and expected the same today.  Had the ST-Owners folks showed up, our count easily would have doubled.  Where was Ben?? 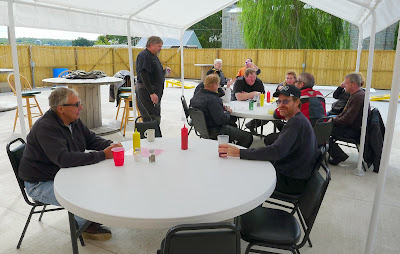 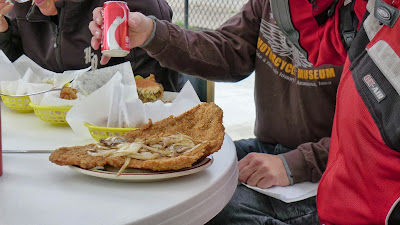 Breadman went for the "Large".....more of us stuck with the "Medium" versions.  We all wanted to confirm that the event would be documented for perpetuity. 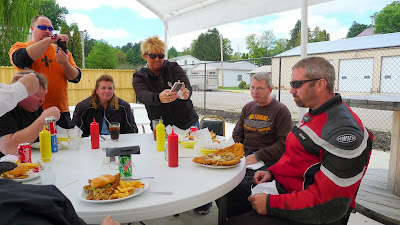 Once finished with our sandwiches, there was plenty of time for discussion and for getting caught up.  This was my first chance this season to see many of these folks.  I saw Don at our Wildcat Rally over the Labor Day weekend. 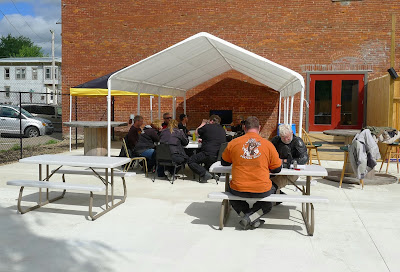 Bomber was doing something......pretty sure I saw some fuses being fiddled with in the tool bag. 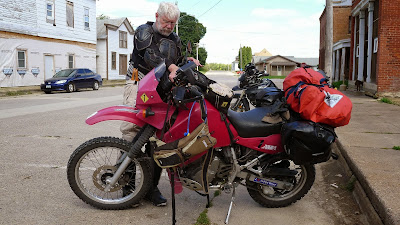 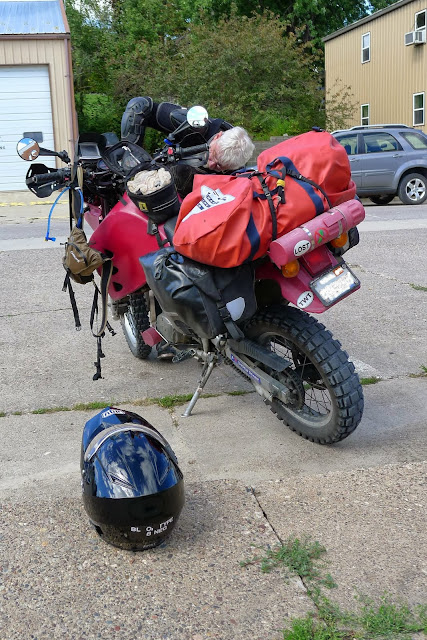 A good mix of brands and machinery...... 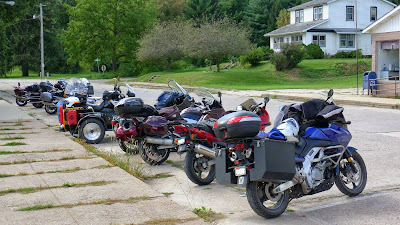 The St. Olaf Auditorium and Opera House, built by the WPA in 1939 of native limestone. 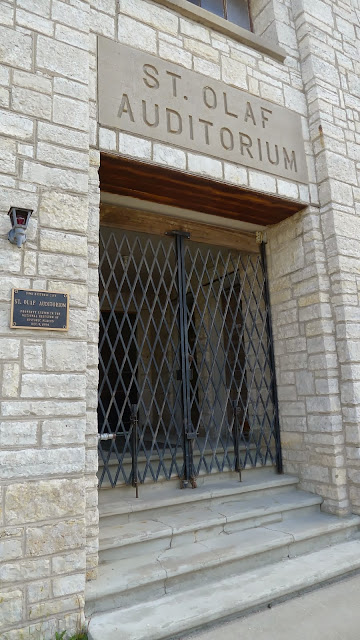 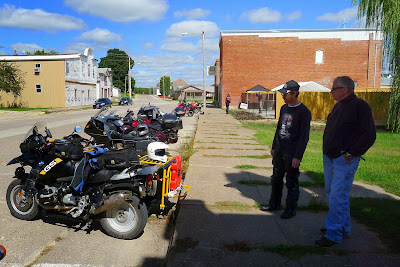 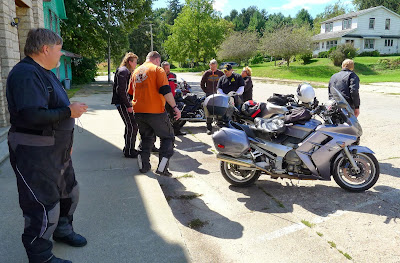 Dave and I headed north from there, mixing big highways, back roads and some pretty fine gravel neither of us had visited before. 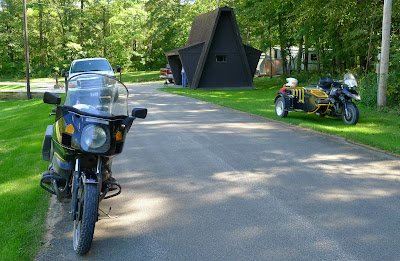 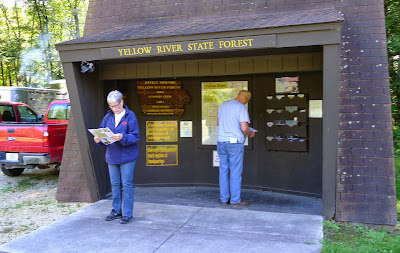 I really enjoyed my sandwich and seeing everyone again; I've been too long away from these people. 320 miles for me yesterday.....Herr Fritz seemed pleased to get out and stretch his legs once again. Hopefully we're all back on track for the annual Tenderloin Ride.