A Diamond Day at the Coffee Shoppe

Though it was Vintage Day at coffee this morning, I had already decided to take the Yamaha Morphous (2007.....not pre-'92) scooter up since it still hadn't had the pleasure of being introduced to Central Avenue.  Par for my course, I'm never on the right machine, at the right time, at the right place.  The scooter seemed to like the environment though and as far as I could tell, got along well with the others.  One more visit and it'll feel as though it's among good, solid friends. 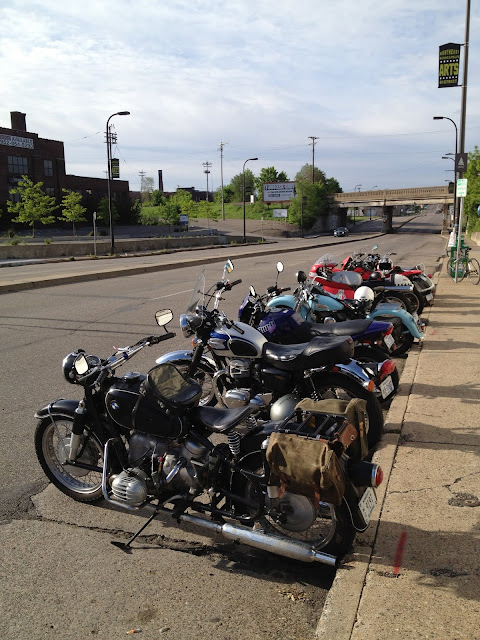 No rain though the skies started out looking a bit overcast.  Our thermometer read 46 degrees and the plugged-in  Warm Bib that I'd bragged about during last week's Crud Run (but never stopped to put on) felt really, really nice at 5:30 this morning.

Turnout was good; the variety of machines even better.  I was there when the door opened and the "Race Duc" arrived soon after.  The 'streeted' version of a Honda CRF230 was next and after that, I seem to have lost track but they were all good. 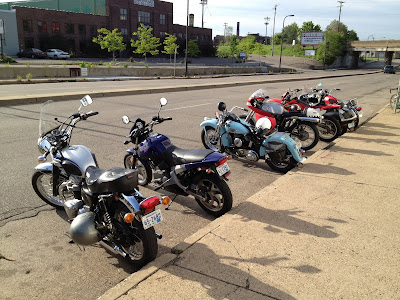 The amphibious black Yamaha is mine...... 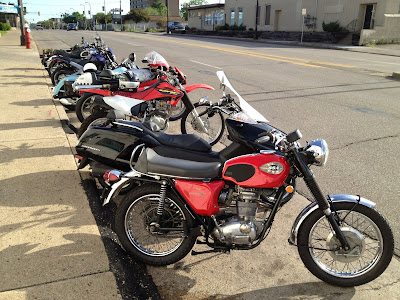 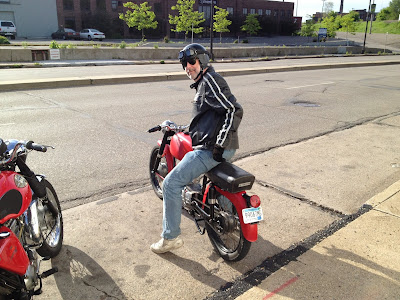 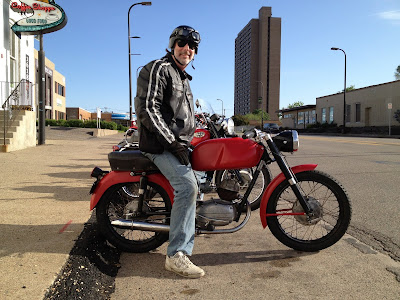 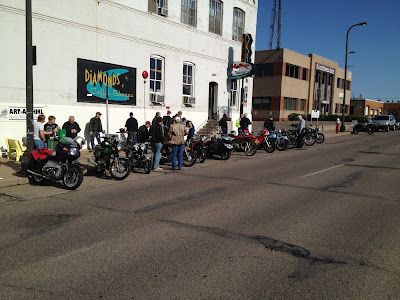 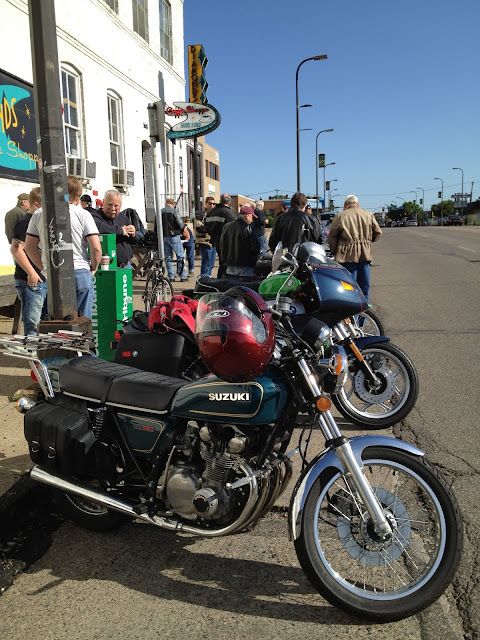 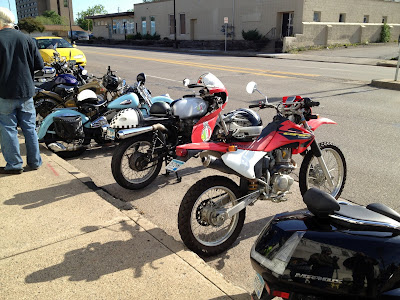 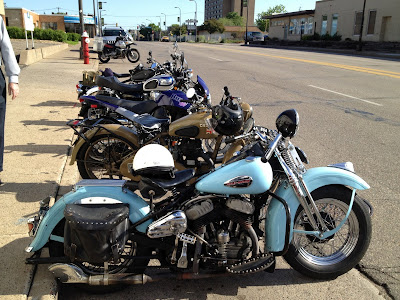 I didn't stay for the drawing since I'd already stuck around longer than I'd promised the Coopdway women back at home.  It was decided that we'd celebrate a Mother's Weekend rather than a Mother's Day.  More on that in tomorrow's Post.
Posted by Coop a.k.a. Coopdway at 2:02 PM