Our weather has been cooler after our few days of almost record setting warmth, I wish that I could say wetter as well but that is not how things have gone.  We're dry and need some rain....our fire/wind warnings continue to come and go.  Almost no riding, even when conditions were on the warm side.  It's coming though, soon...the riding.

Garden and yard work continues, a paced race to warmer weather when the plants started indoors can finally be out where they belong and hopefully thrive; we're certainly attempting to provide them with conditions they favor. 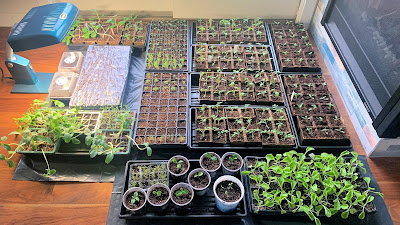 I kinda lost count but I think this was load #10, a good yard to yard and a half each load. 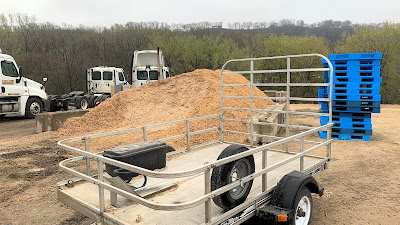 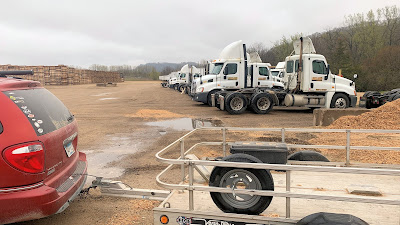 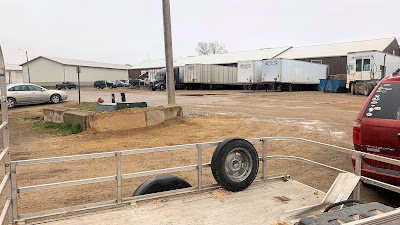 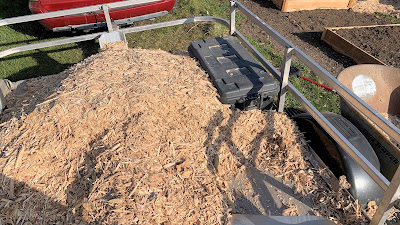 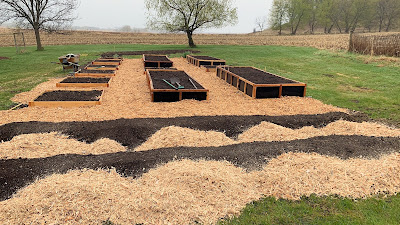 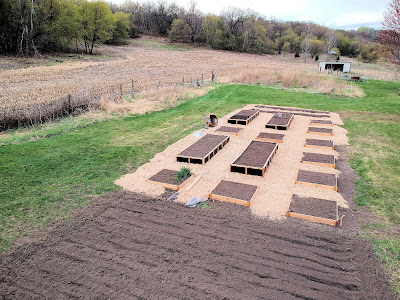 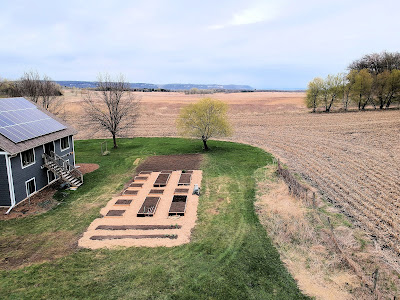 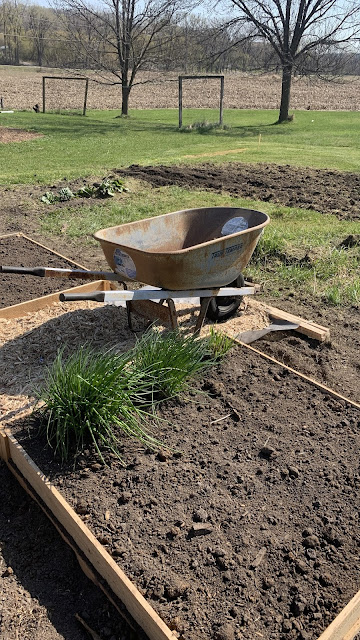 We waited..and we waited...and we waited some more.  Delivery promised, then promised again but then finally after 2 weeks of being told that UPS had it on their truck did the pallet actually arrive.  Just like the new mower, delivered with an 18 wheeler at the top of the driveway and like the mower, I had to bust up and remove the crate.  The mower was driven home, the coop had to unpacked and then stacked in the trailer.  Those folks are obviously Tetris masters! 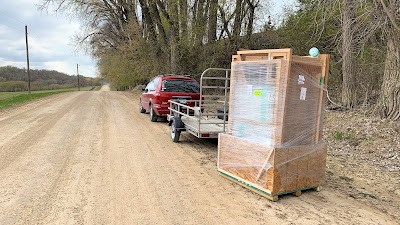 Where it still lies on the edge of the lawn.  Chickens aren't due until June, the site for Coop's Coop not yet prepared. 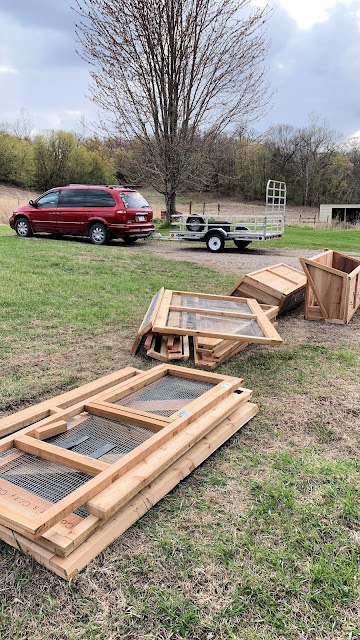 This Aprilia Scarabeo came home last Saturday, its former home once shared garage space with my Yamaha Morphous.  Rick and Judy were scooter riders from way back and owned numerous models, two of which I now enjoy.  That afternoon once off the trailer, a big round trip out to the mailbox and back.  Not until late Wednesday did I suit up and actually take the bike for a ride, that length of time from Home > First Ride Somewhere a new record...there's been that much going on around the home front. 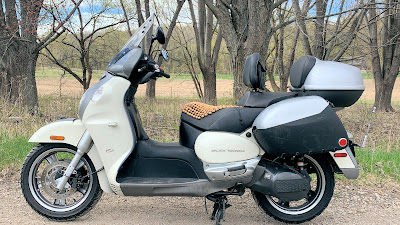 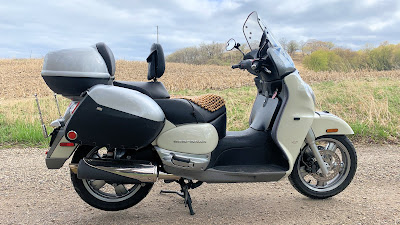 Out and about, a quick late afternoon ride for Soup and a Sandwich in Red Wing Wednesday afternoon. 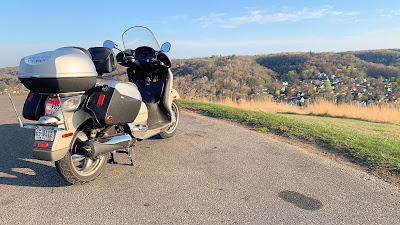 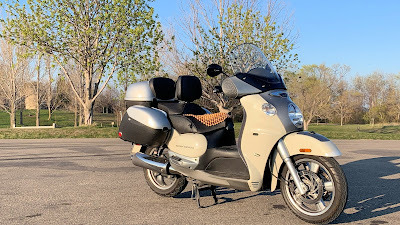 By Saturday a real ride, complete with Zumo XT this time.  I'm obviously still in training mode since I had to reach out to my fellow users for a very rudimentary question mid-trip.  Both of them answered quickly and without a waver.

Plenty good enough on the gravel.... 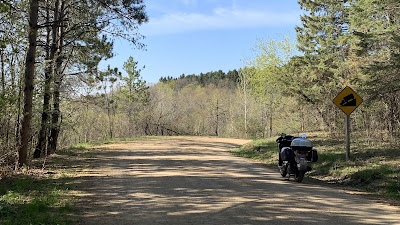 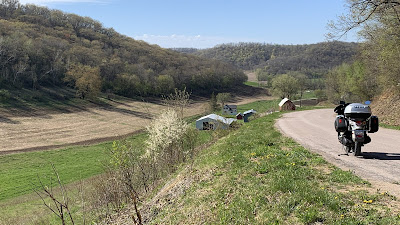 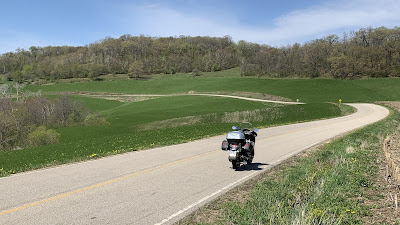 The blue line (160 miles) my Saturday route on the Scarabeo...the yellow route was a Himalayan loop in the evening for dinner in Red Wing. 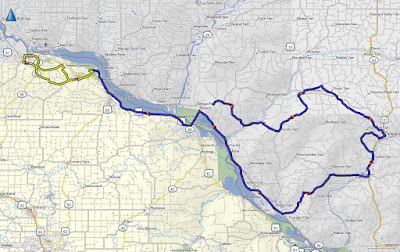 Bright and early Sunday morning, a breakfast ride.  Not a long ride but a good ride.

More progress in the garden..... 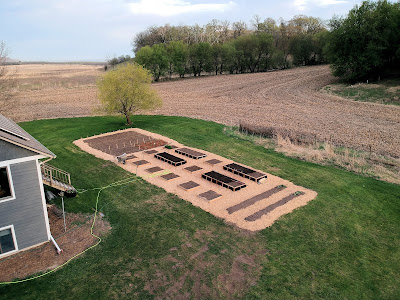 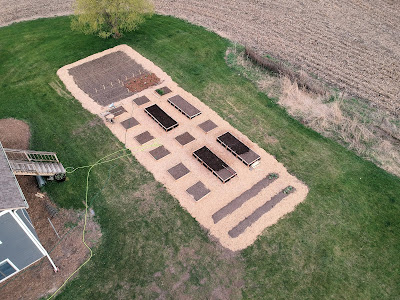 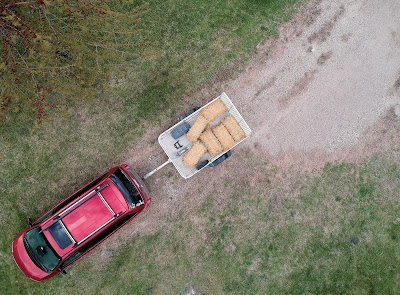 Corn, blueberries, raspberries, peas (peas are up), beans and I don't know what all else...Peg's been busy!! 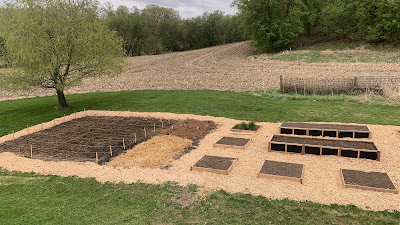