Up extra early Saturday for a reason and instead of a hot cup at home, I was anxious to get out to the car and on the road.  This time, a longer, slower dedicated listening trip, the reason explained below.  My brother rode his shiny KLR in for coffee rather than using 4 wheels and on my way outside afterwards, there was another machine in the lot, not sure who rode that one in.

After coffee, a stop at GoMoto to pick up two shiny new Golden Boys mounted on the Himalayan rims. 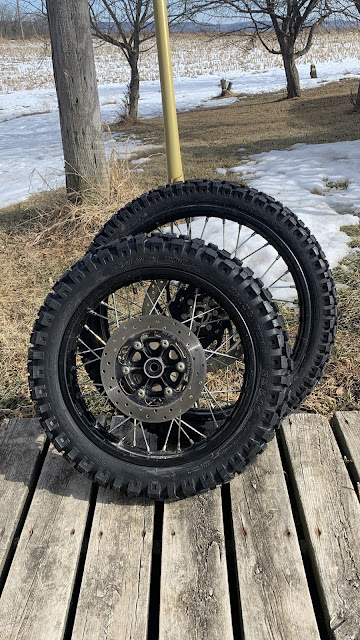 Possibly, a kind and benevolent owner might sometime soon see his way towards giving the poor thing a bath once those wheels are back on, the valves checked??? 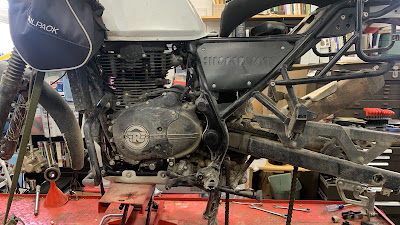 There just aren't very many places around home where you can truly find Flat and Level.  Of course we hope that the floors in our buildings acquire and maintain this attribute but while we can find flat in a few locations, perfectly level is another thing entirely.

On a wonderfully Spring-ish end of February day, I found Flat And Level.

There was even a bit of correspondence with one of the neighbors....

Bikin'n on the Ice Road 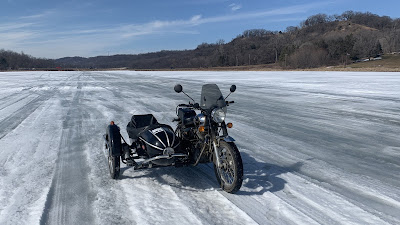 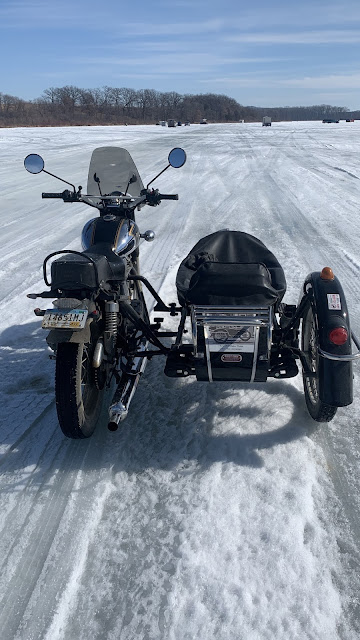 How could I be faulted...with temperatures like this, hard water will soon turn to...well...less hard water.  And Real Feel??  No way was it 52, it Really Felt like 75 degrees to me....

After the flat and level, I was out for a loop on roads and in conditions much more typical of my favorite riding area. 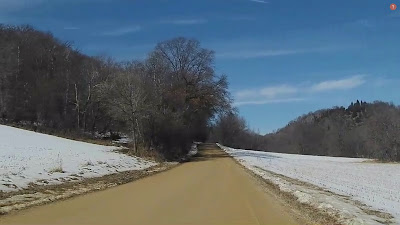 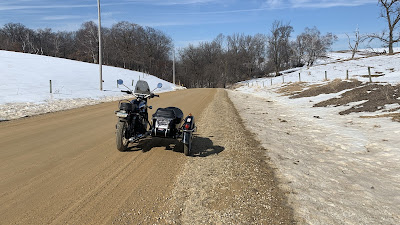 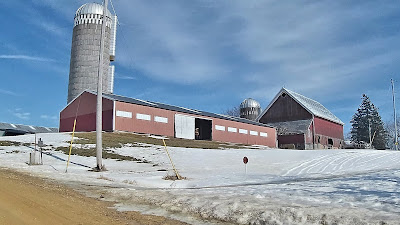 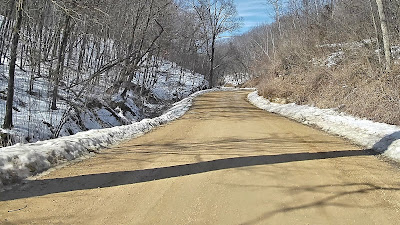 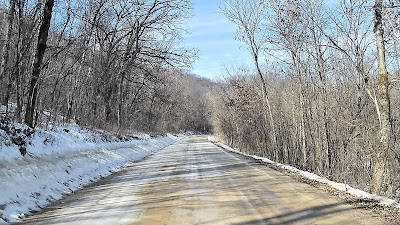 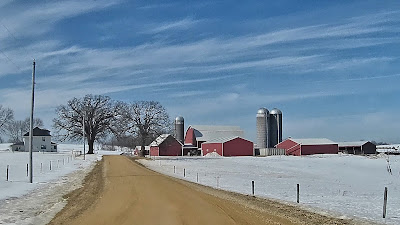 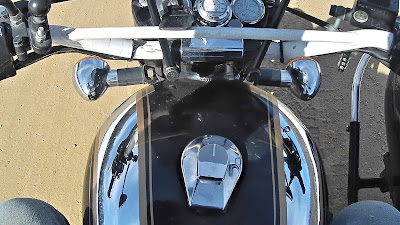 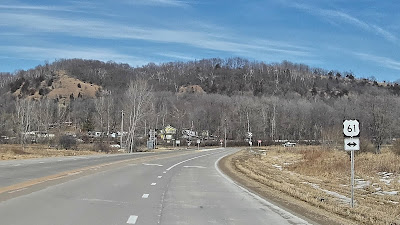 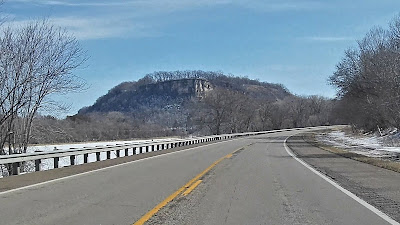 That blue Harvestore silo left center in the photo....our uncle's farm, the farm where my brother and I became Boys to Men. 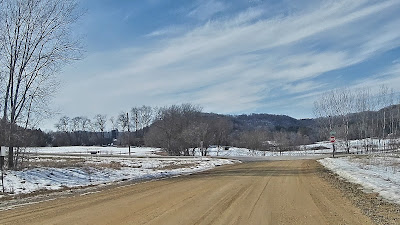 Then on Sunday morning?

We've lost another one of my favorite musicians this week, Peter Ostroushko.  He was 67, suffered from a stroke a few years ago that halted his performing and this week heart failure stopped his everything.  Like many if not most of Upper Midwesterners, my very first exposure was through the Prairie Home Show on our local (and initially very small) public radio station.  At first, through the radio waves, then numerous live performances at the Fitzgerald Theater in St. Paul.  Later, other live performances after he was no longer involved with PHS, some of them very near our home.  Eventually, his family and ours were attentively patient while we listened to what had to be hundreds of Twinkles in our Minneapolis Suzuki recitals.  I asked Peter once where his very favorite venue was and for all of the many places that he'd performed throughout the world, his answer may have surprised many but it didn't surprise me and once heard, the mention of the place brought a grin to both our faces.

Saturday morning on the way to Diamonds for coffee, I loaded up my best portable sound system, took the long slow road to Nordeast Minneapolis and listened to my favorite of Peter's albums, "Heart of the Heartland".  I was in the coffee shop parking lot early and had to dry my eyes before walking inside.  Peter's smile and music now bringing Heartland Heart to heaven these days, of that I'm sure.