The Upper Deck And Higher - Another House Build Episode

A bit more to share before I go any further with this, even prior to owning the property, we were in contact with home builders in the area, 3 of them, all recommended by or actually were friends of the family.  Excitement at first but that waned when cost and, something we heard quite a bit of, "we don't do it that way...".  For a price of course they'd have done anything but we didn't have that price.

Steve was a friend I worked with that was moonlighting as a Designer/Contractor attempting to change careers.  We paid him for some very general, exterior plans, the files done in AutoCad.  I was efficient enough with the electronic drawing program to take over from there.  We made a couple of changes to Steve's design and got started.  There were drawings done in and on various levels for the plumbers to rough in the basement, the heating guys to run duct work and everyone else to give us reasonable estimates on materials with sufficient detail to follow through with purchase.

We did not just start whacking 2x6's together.  Every wall section, designed so that the two of us could lift them, was spec'd out, stud locations and distances to give us the holy "16 on center" dimensions.  Corners were accounted for to provide nailing for the sheetrock, doorway and window header framing, all drawn (and then hopefully built) to the 1/16" of an inch.  Peg made sure of it.

It wasn't only the walls, I had complete drawings of electrical runs, outlets, switches, etc.  We quite simply needed good plans because we weren't good enough without them.  Perfect the framing was not but it was darned good.  Things came out amazingly square (thanks Peg), time was available as well as taken to get things right.  It made all the difference later on.  When I built the garage, Peg stayed out of it and left me to it.....it shows. 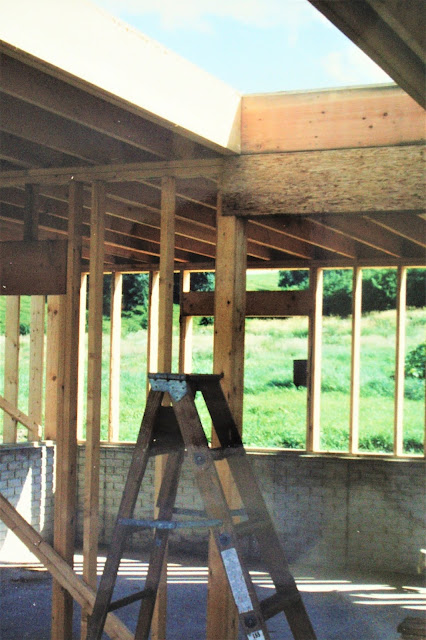 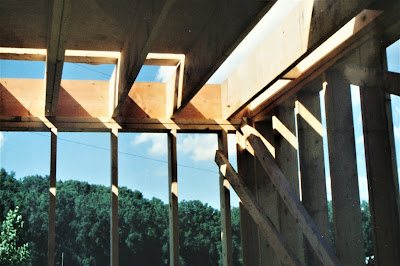 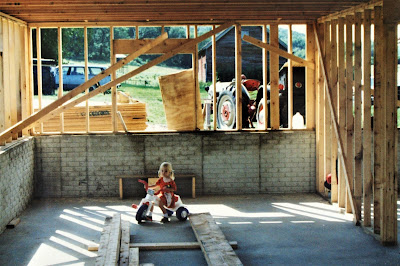 This trailer was built by my grandfather, in fact he built two just like it, one that he kept and one that he gave dad which was then given to me.  It was our mobile workstation.  I hinged a piece of plywood over the top, pulled it around the building site with the '46 Ford 9N and it housed the tools, the hardware, basically anything that would fit that we didn't want out in the weather. 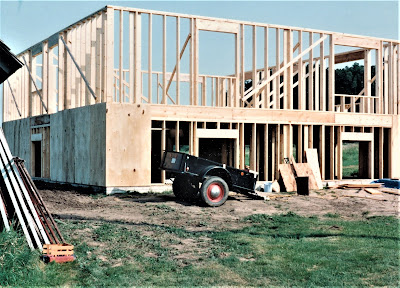 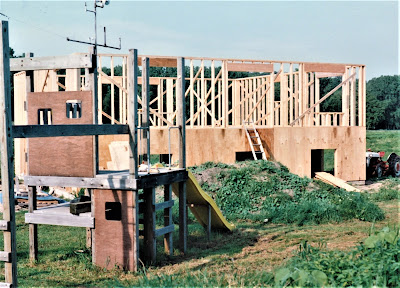 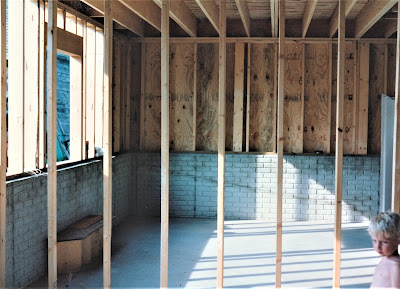 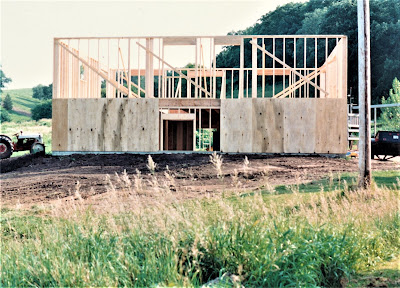 K.C., a neighbor and old friend of the family used his crane truck to lift the trusses up onto the walls.  He was determined to help us get them tipped up and nailed in place but there was no way that would work...he'd have been there all day, possibly two.  The Peg and Doug Construction Co's crew was not skilled enough or equipped well enough to go that fast.  Methodical we were and needed to be.  That meant we'd be hoisting, moving, aligning and anchoring trusses in our own good time, one at a time, just the two of us. 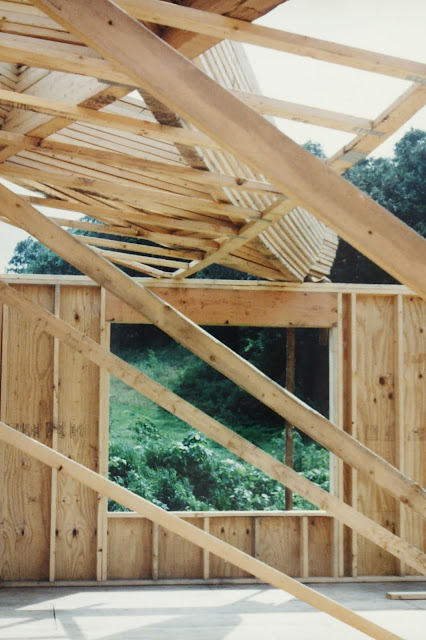 Then it got interesting... 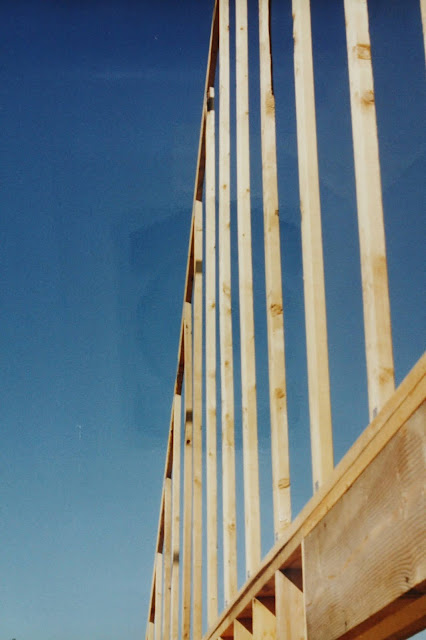 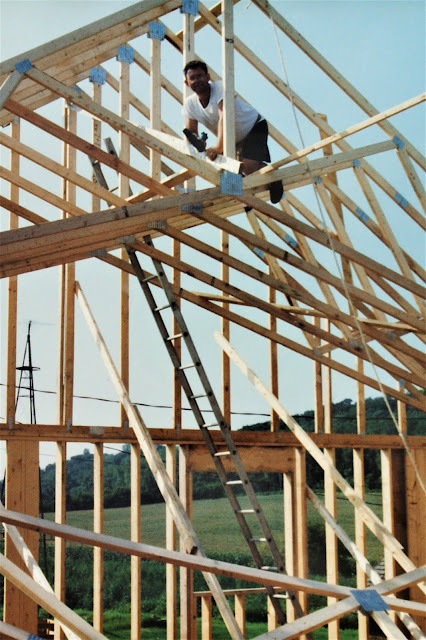 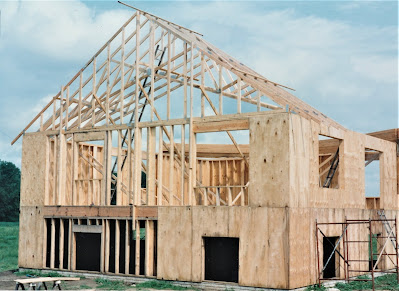 We'll finish the rest of the trusses soon (in 1994) and then get started with the roof sheathing.