Back On The Road?

No wonder the gas is sour.  I've got to share my favorite stinky gas story here...  We were Boy Scouts, camping on a farm over in Wisconsin that belonged to one of the members of the church that sponsored our troop.  Our camp spot was a lovely location in the woods, in back of a pasture along the famous Apple River.  As it was a working farm there were junk piles, or as Uncle Dale used to call them, sources of "Iron" for welding and repair.

Craig wasn't in my patrol but he was a friend from school and a key point, a student that had been in our Motor Mechanics class.  Besides being a scoutie, Craig was a budding motorhead. In one of the piles, an old lawnmower was of course lying dead, upside down partially buried.  During one of our scheduled hikes, Craig wasn't to be found.

Later, I helped him lift the mower's engine into the back of his dad's station wagon, Craig had managed to remove it from the deck while the rest of us were out Scouting.  Upside down in dad's car, more gas was dripping out and the blanket we used to hide it with was soaking up some very powerful fumes.  Craig's dad and my dad were some of the adult leaders, both along that weekend.  I learned later that when we got back to the church to unload and disperse, Craig's dad was a very unhappy parent, something he was more than willing to share with my dad.  By that time, our Coop residence already had been through plenty of experience with sour gas from our 'projects', just ask mom.  We knew and had quite the laugh imagining what it was going take to freshen up their station wagon and especially that plush, lovely blanket.

Recent experience of my own .... 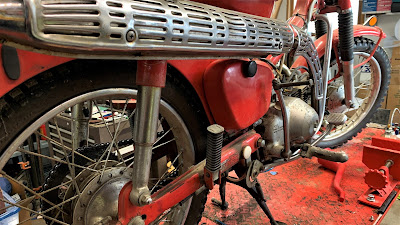 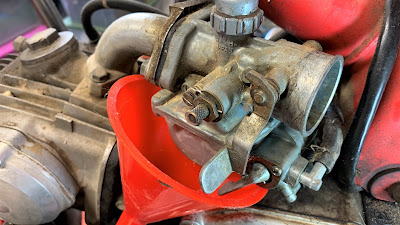 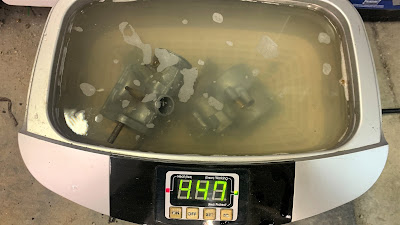 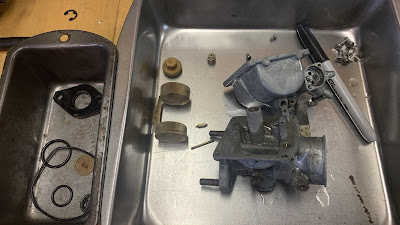 Had a very challenging time getting this gasket that was at 98% of necessary length.  It just wouldn't stay in the track.  I finally outsmarted it though and was able to get the bowl back on. 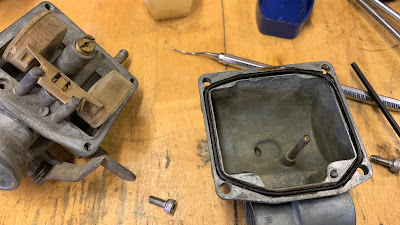 You can see a bit of the 'fuzz' here in the RESERVE port.  The ultrasonic didn't seem to even faze it...it was like sticky dryer lint.  I had to physically dig it out, loosen it up and finally air removed it.  A bent piece of wire to loosen, then the tiny zip tie that would go around the elbow. 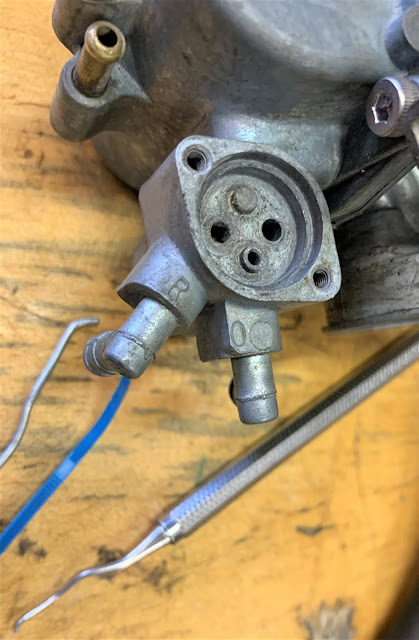 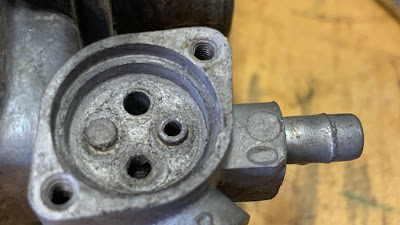 There are a few things unique about this CT90 and why some call it the 1969 1/2.  There's a triangular-shaped speedo and a reflector on the front fender that was featured only on these models. 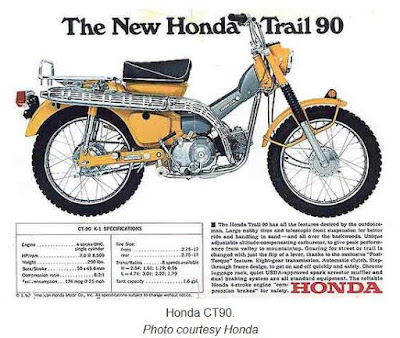 Quite a few changes from our 1964 that looked like this one, except ours was yellow and we had the very chrome front fender option.  An overlay sprocket (72 teeth) instead of the shiftable LO-HIGH transmission. 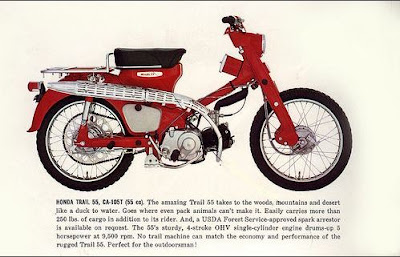 I've been breaking down a lot of boxes and took them over to our local recycling place.  The two cardboard doors in the dumpster were quite full and I saw a preponderance of large and some very large flat screen TV containers.  We're hunkering in and hunkering down for sure.

The river's up and I have to guess that the Mississippi bringing water from up north and the Minnesota from out northwest. 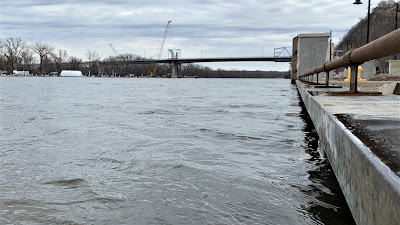 As of 3 PM Tuesday, March 31st, we are officially no longer apartment dwellers.  We are as of yet, not home dwellers either but that's to change over the next hour or so.

Good bye 3rd Street, it's been an adventure but we are so ready to get home. 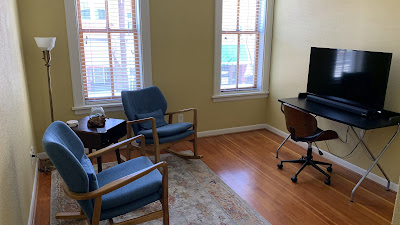 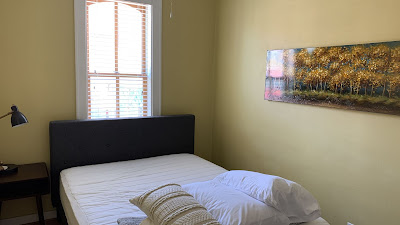 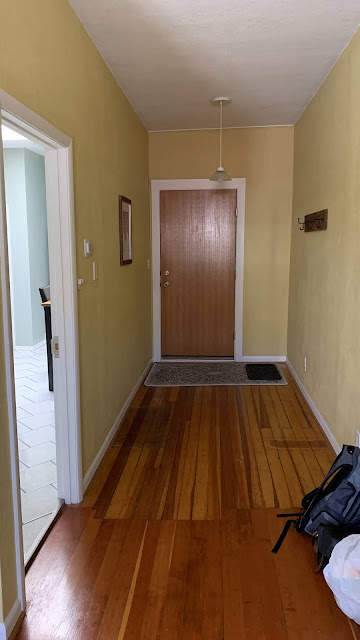 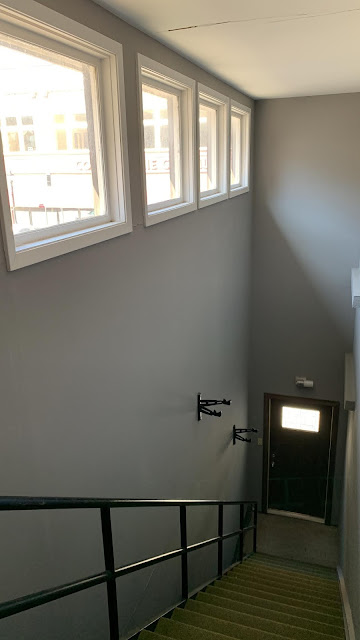 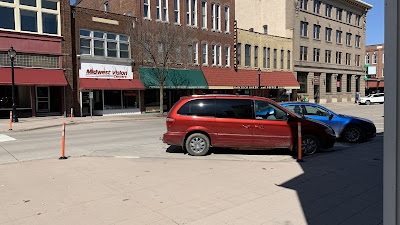