A couple of weeks ago (already) a big event in our town that borders my almost-favorite state to the east.  The Eisenhower Bridge, commemorated by Ike himself in November 1960 is being replaced by a new bridge.  Rumors are that our new link across the river is being named though as far as I know, nothing is official yet.  In my history of machinist chores, I worked with a fellow that just happened to be in the National Guard that day in November, serving as one of the crowd control soldiers.  I've seen a large almost panorama view of that day and studied it quite hard but didn't see my Journeyman friend's face anywhere.

The recent big event was the center span was lowered down onto barges in the flowing river, the metal to be 'harvested' for scrap. 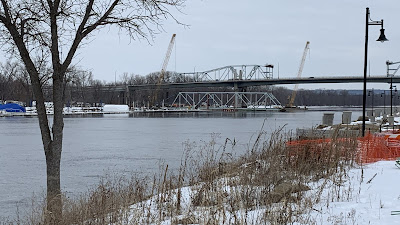 We've been driving over the bridge since the end of last year, completion due sometime this Spring.

Speaking of Spring, it is once again time for the Big Turn Music Festival.  Happening over the Feb 21-22 weekend,  it's a colossal gathering of musical talent spread out in numerous venues all over town.  The exact numbers are, 209 bands performing in 23 different locations.  $70 wristbands buy you 2 day access to any and all, $40 wristbands available for one day enjoyment.

I stopped by one location and saw this....only a sample, just a sample. 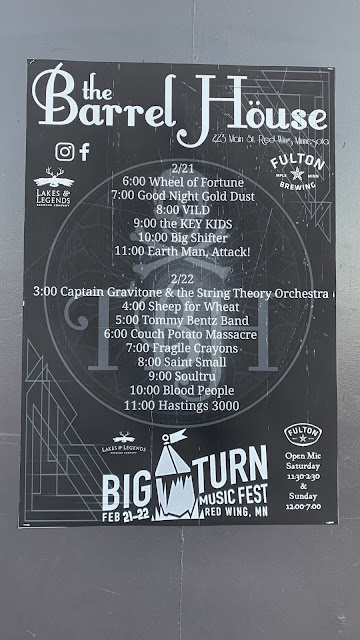 I've been busy on the scooter when I can, two new tires should be mounted on wheels and ready to be picked up Saturday.  Aggressively shod, the machine should be ready for most any conditions and quite likely better at some degree of flotation than the Himalayan was. 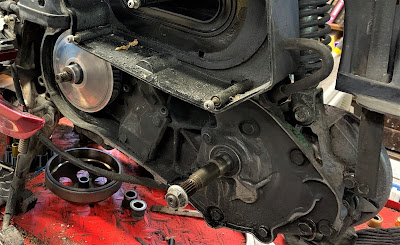 As long as I've mentioned mechanic type work, I need to share what Mike brought to last Saturday's coffee for our Show N Tell session.  There's simply no way to share with you how proud he is of his TWO new wrenches!!  You're looking at 300mm of Pittsburgh Heavy Duty here....times 2!! 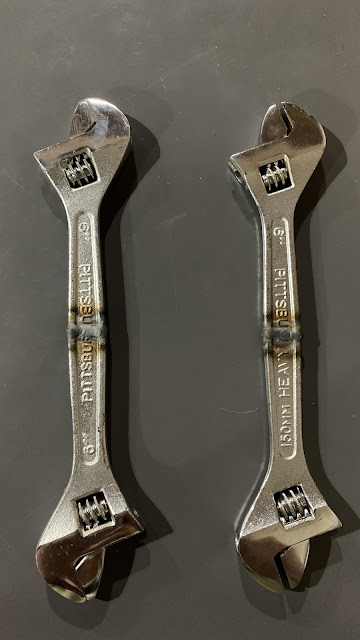 On to other things,  I've been practicing my Dry Baking over my alcohol stoves now that I'm sometimes feeding myself in the shop while wrenching.  Recipes are being tried....some good, others well....  I am improving though.  No Top Chef contender yet through March but by Spring when my wheels start turning, it just may be another story. 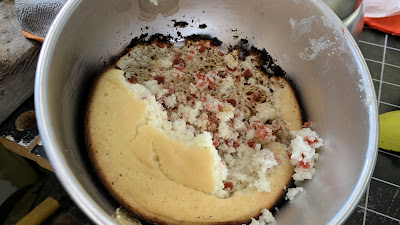 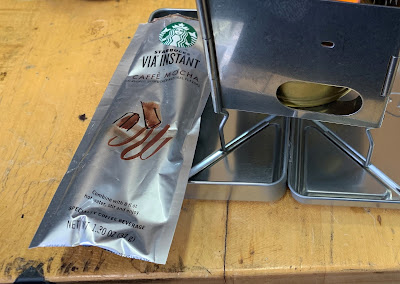 Saturday night into Sunday, we had 7+ inches of the romantic kind of snow....Vermont...wool coats....not the wicked wet stuff that still finds a way to blow and drift.  I went down to the farm, was the 2nd set of tracks on our road.

Then on Monday I was down in Winona, along the Mississippi River for some software work at one of our customers.  On the way back to the office, some quite beautiful Ice Fog. 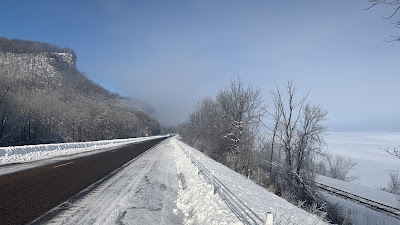 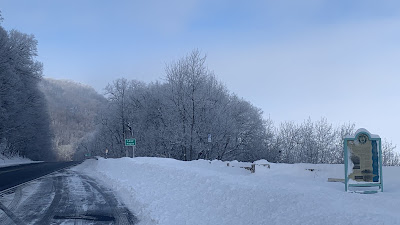 Now on to the important house stuff.....the septic tank was dealt with. 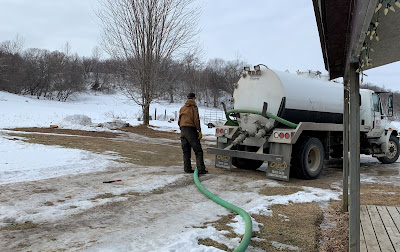 Visible progress and I mean that which we could document was slow for a number of days; compound, some tape, compound and sand over and over again.  Believe you me, Peg and I remember and we (I) wasn't the perfectionist that contractor Todd is.

Things are picking up now though.... 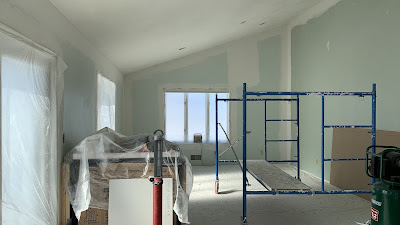 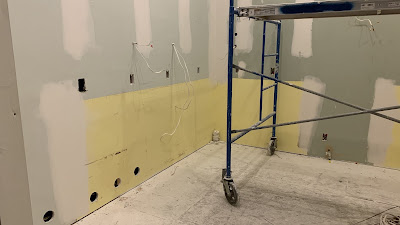 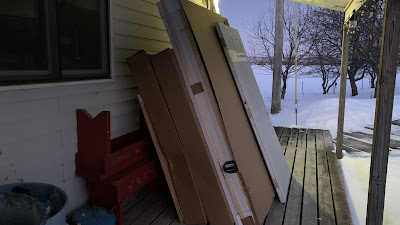 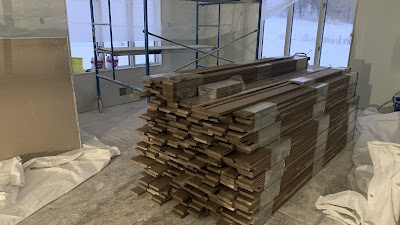 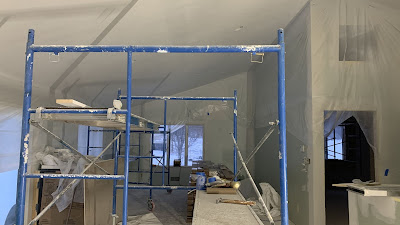 Coming, some very old photos of folks I'm connected to, never knew and some of their stories to share.