Such a lovely day....the backpack off my back, the Honda 400 Auto pushed into the garage and I then snuck the VStar out past the still-tinkling Honda exhaust, getting just a bit too close.  A good thing I was wearing my jeans and not my textile pants.

In only just a few minutes I was back out, no real plan but high hopes for a great ride and I wasn't disappointed. 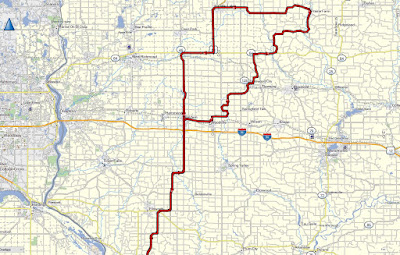 One of the oldest homes in Old Frontenac, built and lived in by Civil War General Israel Garrard, overlooking Lake Pepin. 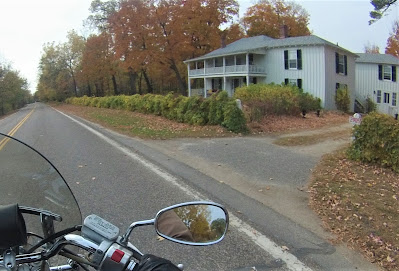 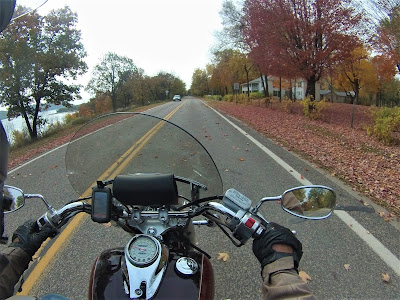 Along Cty C south of Ellsworth...Almost a year ago while doing the 2019 Swan Ride (first Sunday in November), I have footage of snowflakes flying in this very spot.  My fingers were cold. 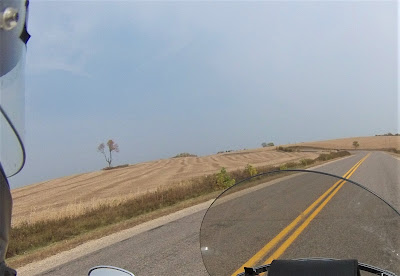 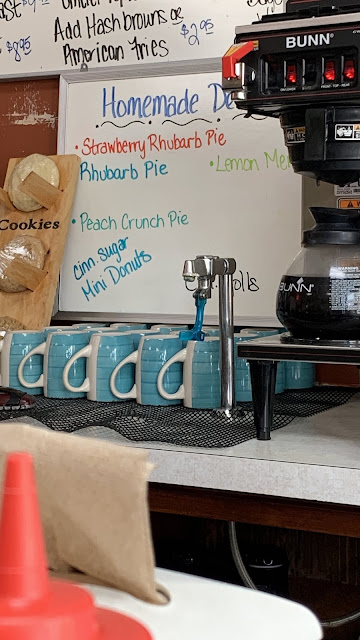 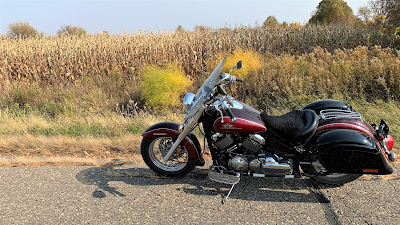 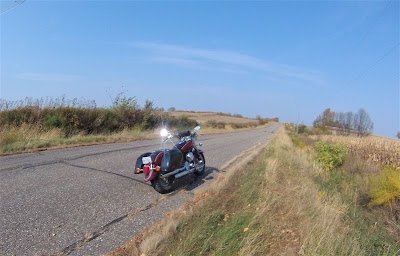 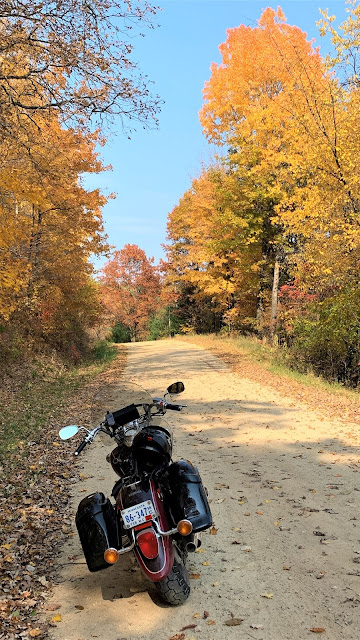 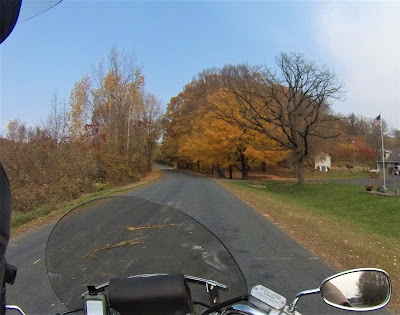 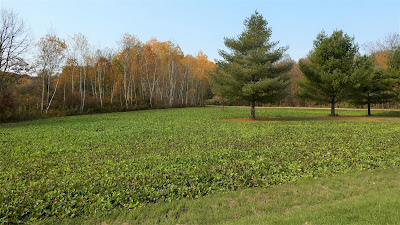 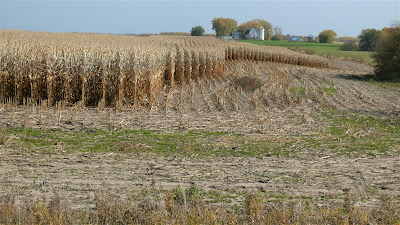 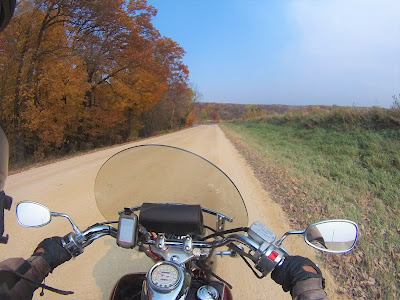 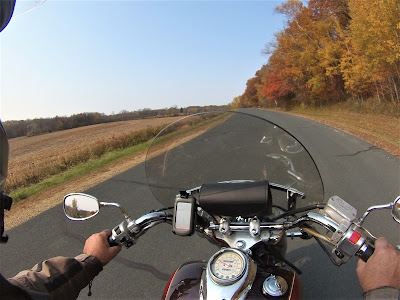 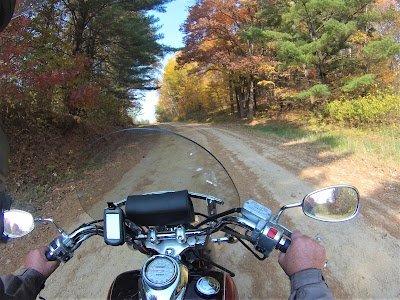 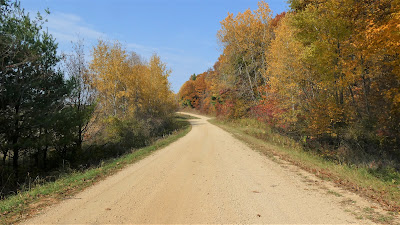 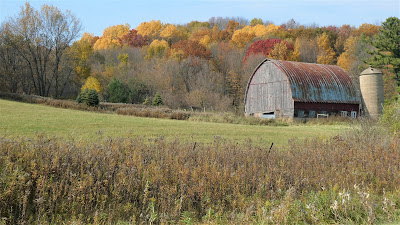 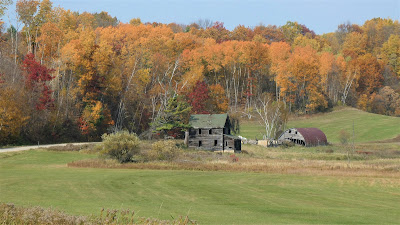 Oh my....a Gleaner 'M' combine, does that ever bring back memories!  This one was brand new in 1973 and so was the one that I ran...talk about a major headache!!  This old Gleaner is exactly where it should be, quietly resting in a quiet, restful valley. 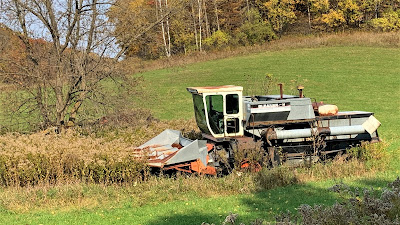 I was going to Ag School and working for Room/Board plus a little $ in southern Minnesota.  G.W. the farmer, who ran a very large operation for its time, ~2000 acres, was our leader.  3 full time employees plus my part time help during off-school hours.  During harvest and planting seasons, there were a few weeks when school was suspended to get the field work completed.

I was excited, having only spent really a few hours actually running a combine previously,  most of the time my job was to haul the crops to the storage facilities by tractor, straight truck and for a couple of weeks, a semi.  I was a Dougie after all.

Obviously, the corn was the focus of G's operation and I'm not sure what or why the beans were part of everything because storage, unloading, etc. were all naturally done on a much smaller scale...almost an afterthought.  Weed control was absolutely part of that smaller scale...as in none if you ask me.  Each and every small corner that made up 'my' 200 acres contained more Button Weed and Cocklebur than soybeans.

It felt like I was spending my life climbing down, underneath, lying on my back and up again pulling weeds from the cylinder, stopped more than going.  Every once in awhile, stickers are still coming out of my fingers.  I finally finished, managed to put a few bushels in an old grain bin and was extremely relieved to be back hauling corn and discing corn stalks.  Old Albert did the plowing, he seemed to reign over that job exclusively though the boss helped out when in the mood.

EVERYthing else on the farm was Green, at least the farm equipment but not the trucks, they were mostly red.  I enjoyed the 'Old L-190' the most, a cantankerous old thing that took half of a football pitch to turn around in.  Two 5-speed transmissions tail-to-nose gave it 25 ratios, two big floor mounted shift levers to manage.  If I wasn't in the L-190, I got the Chevy tag axle truck because it seemed I was the only one of the crew that could get through a wet cornfield without getting stuck.  Working with the beans, I used the Corn Binder (smaller one on the right), freeing up the bigger capacity trucks for king corn.

The two International's that I used the most...don't have a photo of the blue Chevy w/tag axle or the semi's. 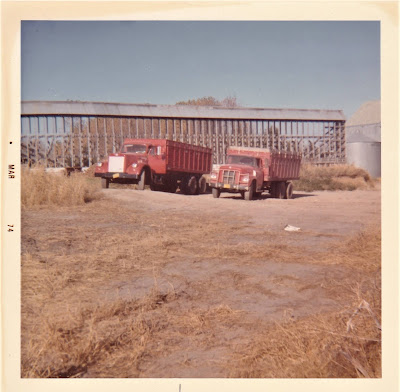 History lesson complete!  Back to the regularly scheduled Posting....

Prairie Farm, Wisconsin high school parking lot.  The Corolla's and Malibu's are just off to the left. 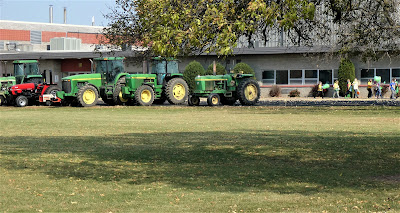 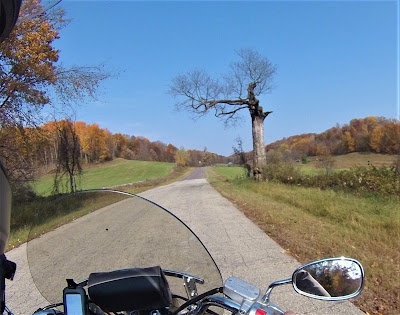 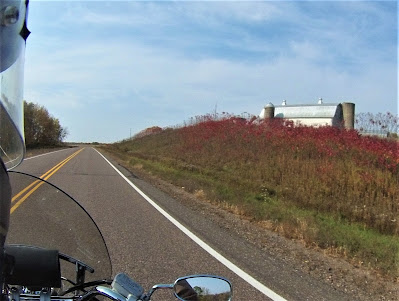 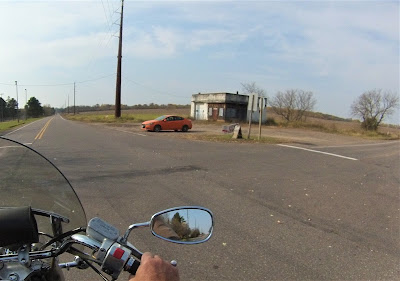 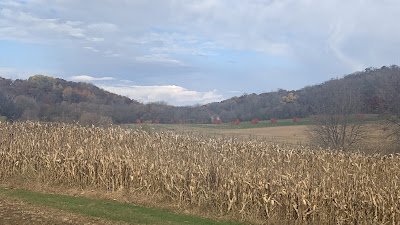 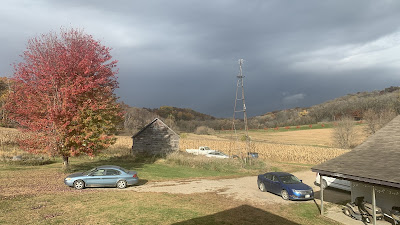 Next Post, the Himalayan out for another autumnal ride, some cooking too on Saturday, 2020/10/10.