The Red One.  The Every Shade of Red One.  Old Sol has worked its magic on this little beauty.... 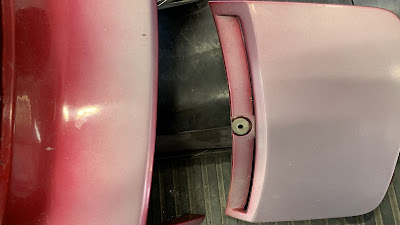 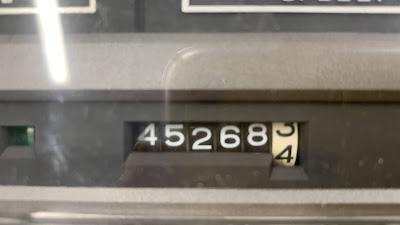 This fact only helped....the fact that it from our local, now defunct dealer.  We're still 388 but we're no longer 612; those are the olden days. 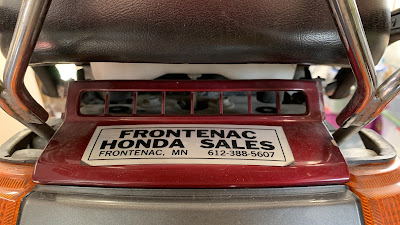 I've bought parts from the local shop over the years but never a bike.  My brother's 1970 Honda came from there and dad bought numerous bikes from the establishment. 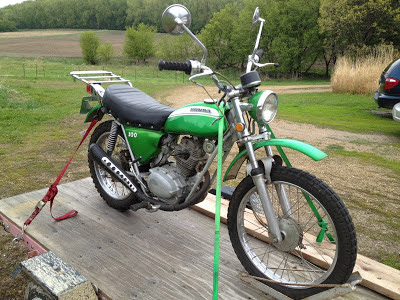 The day I saw it/picked it up, I witnessed a cold start and the P.O. rode it outside and around to the back of the trailer.  All lights and electrics worked.

"Front brake is frozen...."  That's a problem for me since 95% of my braking is exclusively done up front.  An extremely difficult to find front brake cable was found, modifications on both ends where the cable has its hookups were made. 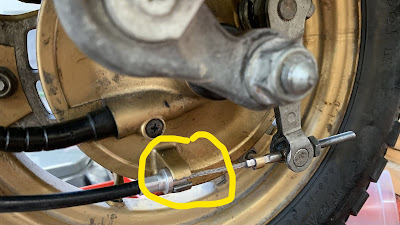 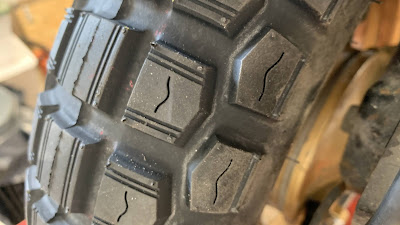 This new part was just about mandatory.... 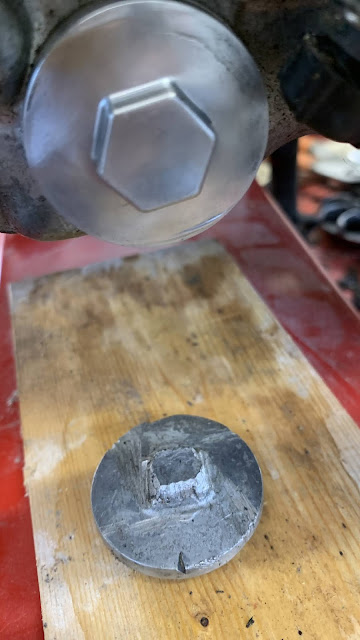 A valiant attempt was made at repairing the digital clock but the battery terminals/cover were just too far gone so I'll have to use the sun and stars to note the time. 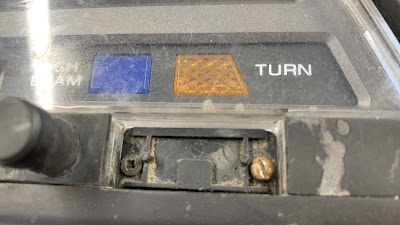 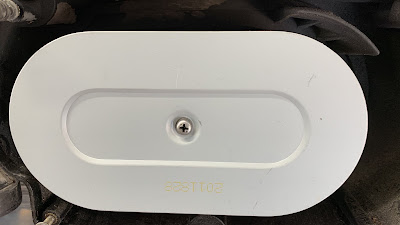 New clutch dogs were purchased.....there were some on the shop shelf, new replacements for the Helix.  At Coffee Show n Tell one morning I brought old and these New parts in and my fellow coffee drinkers noted, something that I had assumed and missed, "...hey, these aren't the same....".  We've got some very sharp-eyed Saturday morning drinkers.

These are the correct ones. 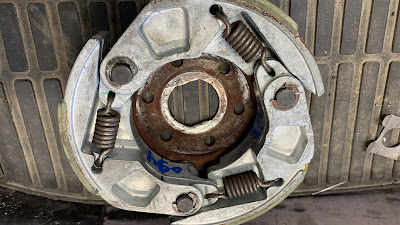 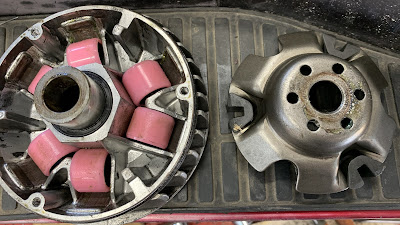 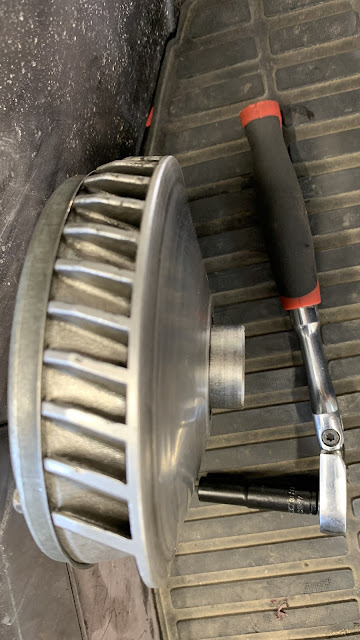 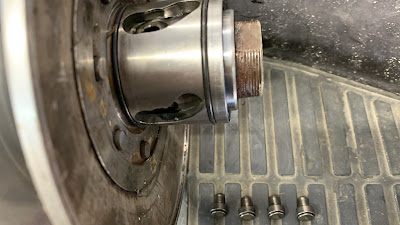 This one almost as elusive as that front brake cable was. 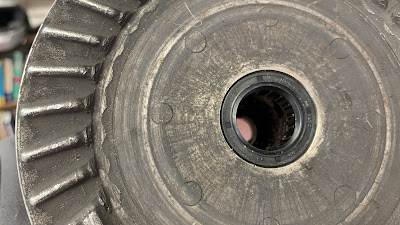 OEM shocks on these models are noted as notoriously poor....these modified replacements for a 350 Scrambler. 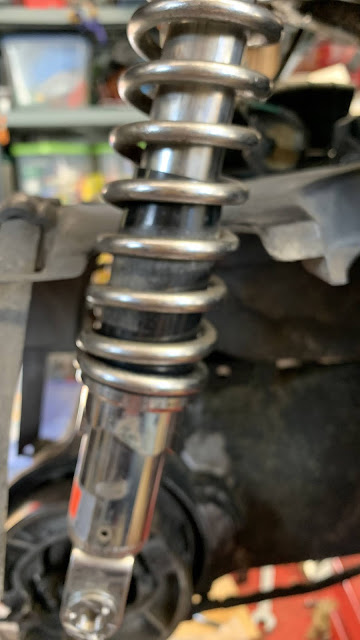 Hanger Bushings....these were horribly worn and would have made navigating the banked turns at Daytona almost impossible.  "New" ones were obtained from a salvage motor along with some other accessories kindly obtained from Marty. 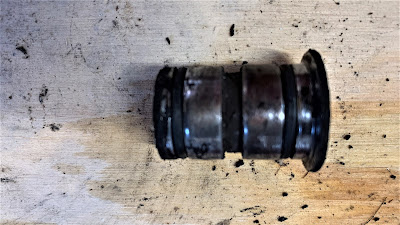 Numerous body panels validated the many commuting miles that this machine has seen. 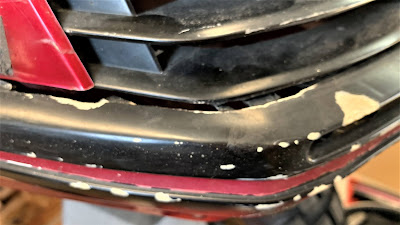 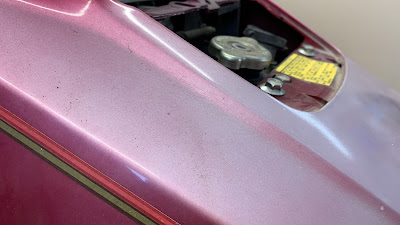 Thanks to the Video Tube, I learned how and actually repaired some body panels. 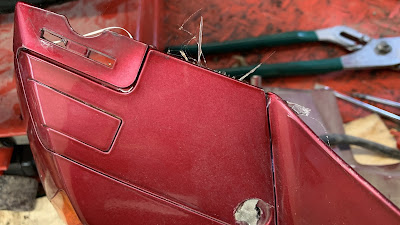 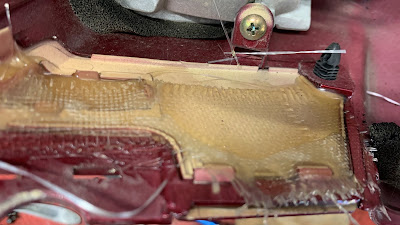 It isn't clean and hasn't been cleaned.  I don't want there to be a single ounce of confusion about this possibly being a poorly executed Restoration.  There's now oil where it belongs (the throttle cables/twist grip required Samson's strength) and grease where it belongs....plus a little more of each scattered throughout. 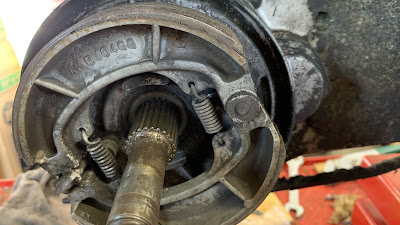 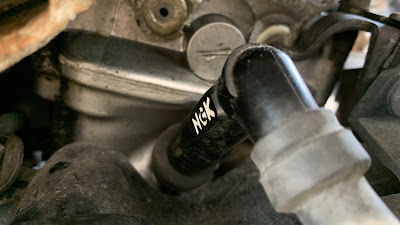 As all of my associates know, nothing on two wheels can be in my garage (or on the road) without an SAE pigtail, some of them more elegantly installed than others.....but they've all got one. 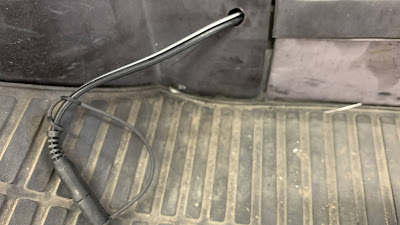 And finally, the thing that makes it go.  No more heartache, no more broken chains for this machine!!! 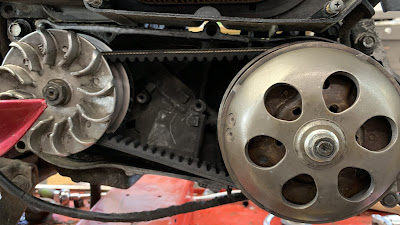 As mentioned the other day, I'm in central Iowa all week, working.  I was seriously in need of some vegetables this evening.  All of you sharing this blog with me are the second component here, the book I'm going to sit down with right now about motorcycling in remote Canada the first. 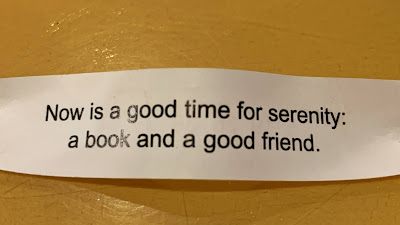