Thursday night would have been perfect but I had committed to something else, the evening absolutely beautiful.

I did think about it though.

Friday there were chores and projects; I've been gone a lot and there are more than enough things that need doing.  By late afternoon, I realized (had hoped for) that conditions were essentially the same as they had been the night before....just too perfect to waste in an indoor bed.  The bare necessities were loaded on the bike.....
I rode..less than 2 miles to our nearby State Park. 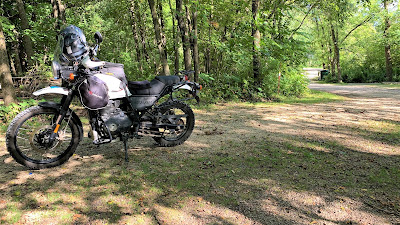 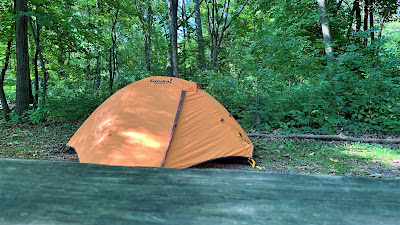 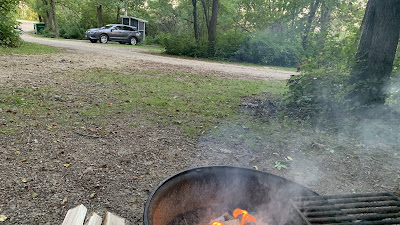 I had my Saturday morning coffee with plans to get a diner breakfast....somewhere, a nice ride-distance away. 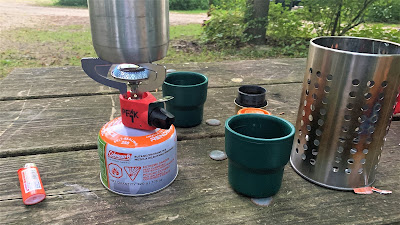 I packed up in only a few minutes, mounted the bike and the Himalayan turned over, very slowly, 3 or 4 times.  It never even fired.  A few more attempts and only solenoid clicking.  With helmet and Darien Light on, I could think of no other solution other than to push the bike to a slope.  It took 1/3 of a mile to reach the pavement that I knew had enough 'down' to hopefully start the bike, something I wasn't sure would happen.  Before getting there, twice on gravel I attempted to get the bike started but couldn't get the right combination of speed and gearing, resulting in only a skidding rear wheel.

Once on pavement, 3rd gear and clutch out, the bike started easily.  With power, I rode down the large hill with a running engine and went directly home, no breakfast at a diner. 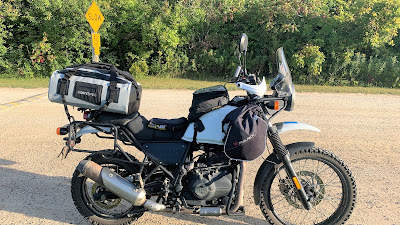 Saturday morning the old battery was pulled, a new one ordered.  It will be here Tuesday. 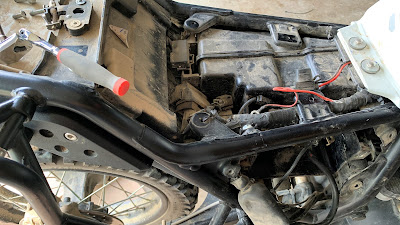 Later Saturday afternoon, I jumped on the VStar and put some miles on, ending up in Fountain City at the Golden Frog for an early dinner.  Only a few minutes before closing, I stopped in Nelson for some White Chocolate Raspberry. 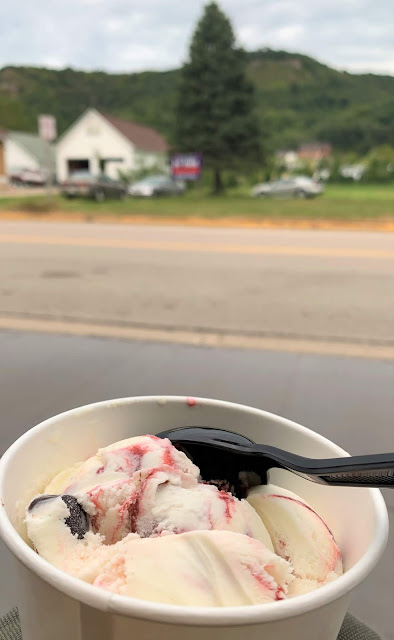 I'm going to have to do more of these quick overnights.
Posted by Coop a.k.a. Coopdway at 5:26 PM