So, those of you that understand meh can isms better than I......what's your opinion, was this a Coop riveting failure?  Changed oil in the Himalayan tonight and this side plate had fallen off the chain and was under one of the other tires, noticed when I made some room.  Part of the pin is stuck inside the hole.

Was my process a potential cause? 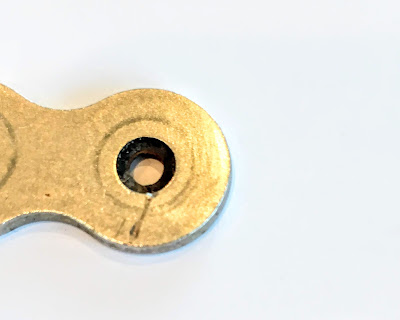